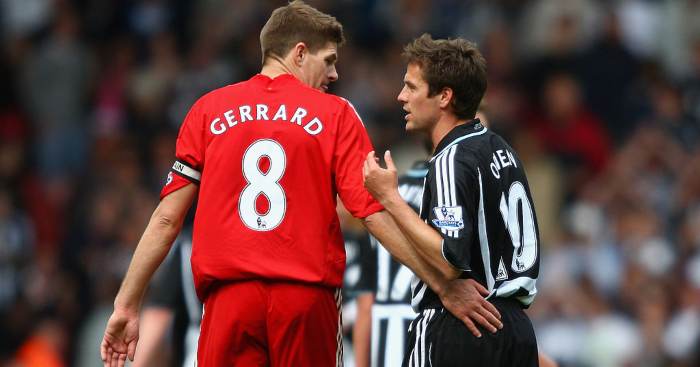 Liverpool wanted to sell Steven Gerrard two years before he left the club, according to former team-mate Michael Owen.

Owen, who ruined his relationship with some of the Anfield faithful when he moved to Manchester United later in his career, has already caused controversy with his new book after saying Alan Shearer wanted to leave Newcastle United for Liverpool.

And now in his book, Michael Owen: Reboot – My Life, My Time, Owen claims that the Reds wanted to get rid of Gerrard two years before he left for LA Galaxy because he had become “bigger than the club”.

”In Steven’s case, I severely doubt whether he really wanted to go and play in the States in 2015,” Owen said.

“I’ve heard that the club wanted him out two years prior to when he actually left.

“I’m sure he would rather have wound his career down at Liverpool, playing increasingly fewer games until he reached a point where he could be integrated into the coaching staff.

“This only happened later in his case.

“But instead, because he’d become so symbolic and so powerful, I believe he was forced out in the short term. Steven was bigger than the club.”

Owen also wrote about loyalty in football, he said: “Throughout my career, I’ve heard so many conversations from football fans about which player is loyal and which other player isn’t.

“To me, this is complete b******* and a way of thinking perpetuated by fans that are blind to the badge, as I see it.

“The truth is: most players just aren’t as loyal as the fans like to think they are. While they’re at their current club, they’ll say they’re loyal – they have to.

“But if another, bigger club came in for them offering a deal that could improve the lives of them and their family, then you’d see how loyal they really are.”