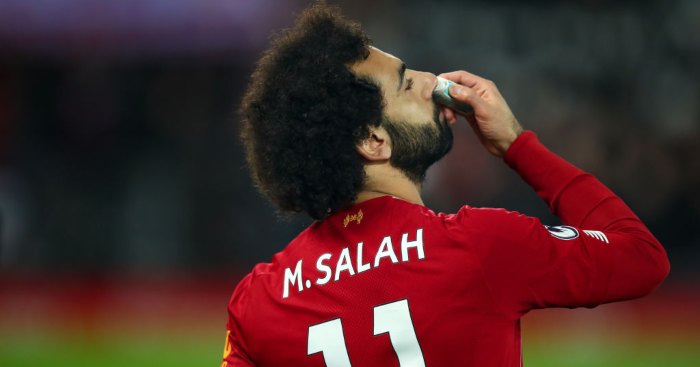 Former Premier League striker Mido has warned Liverpool that they “don’t have the right to say no” to Mohamed Salah being called up to the Egyptian national team.

Jurgen Klopp faces the possibility of missing one of his key players for a long period next season with the African Cup of Nations taking place over January and February before the rearranged Tokyo Olympics take place in July and August.

And Mido told The Sun: “Salah must go with Egypt to AFCON — and Liverpool don’t have the right to say no.

FEATURE: Who SHOULD have scored the most Premier League goals?

“These are Fifa rules and they can’t prevent Salah from joining the national team for any reason. If Salah doesn’t want to go, then this is the only reason for not seeing him.

“All African players had this problem when we were in England. So I was happy when the 2019 AFCON was played in the summer.

“This kept the African stars away from any problem with their clubs but the Confederation of African Football decided to go back to the old schedule.

“Salah is very important, of course, to our senior national team and to the Olympic team.

“A player with his experience and leadership . . . he can make the difference.

“He will be one of the most important players in the tournament, not only for Egypt. We now know the Olympics will be held in the summer of 2021.

“So hopefully things will go normally and the season will be finished by then and he will have the chance to play with the Olympic team.”

Sports across the globe have been suspended as countries look to curb the spread of Covid-19 and few expect the Premier League to return anytime soon with Liverpool 25-points clear at the summit.

Mido added: “Of course, Salah would be disappointed, like everyone else at Liverpool, if the season gets called off.

“But they will get over it. Even if the season is called null and void, they will be the favourites again next season. Life doesn’t stop.

“We all hope things get better in England and the Premier League and the FA will be able to continue the season — even in the summer.

“I know it sounds unfair — and it is for Liverpool and their fans as they were very close to winning the title.

“But it’d be ridiculous to talk about football and about the importance of winning anything if things stay as they are — or get worse.”