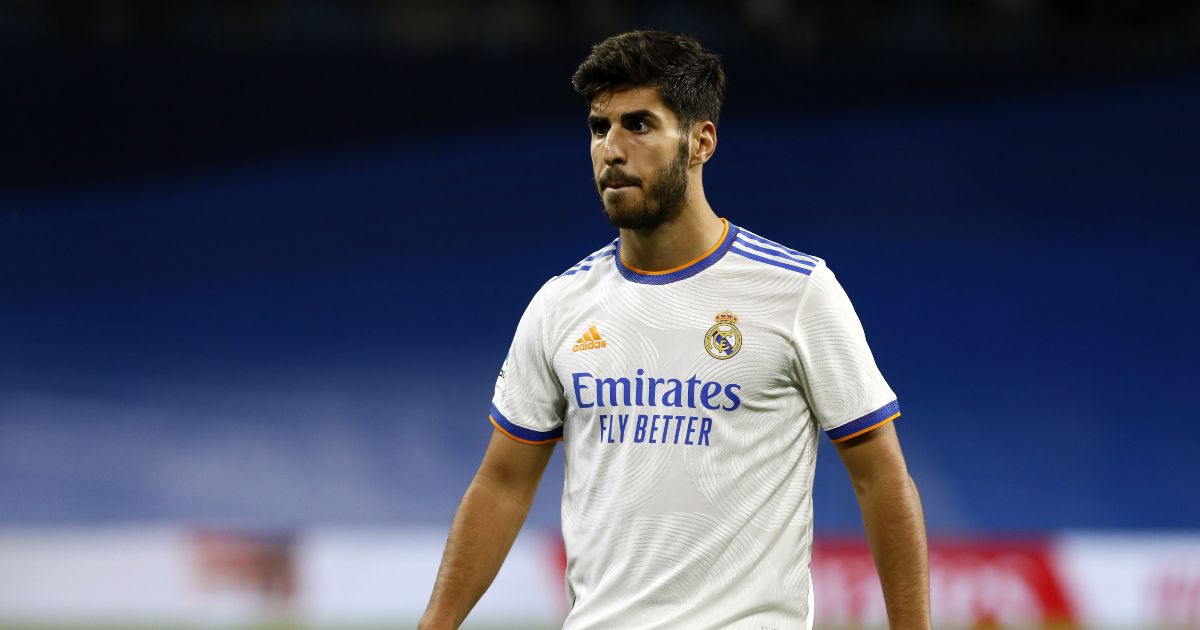 Liverpool are considering a move for Real Madrid attacking midfielder Marco Asensio, according to reports in Spain.

The Spain international has struggled to nail down a consistent starting role at the Bernabeu since moving from Mallorca in 2014.

Asensio was given 21 starts in La Liga last term, which is the most he has managed during his time at the club.

And he will have been hoping to build on that this season, but it’s been the same story for Asensio as the 25-year-old has only managed two starts in Real’s eight La Liga fixtures this term.

Spanish publication ABC now claim that Carlo Ancelotti’s decision to leave him out of the starting line-up for their Champions League loss to Sheriff came as ‘a blow’ to Asensio, who scored a hat-trick in their previous match against Mallorca.

The Spaniard ‘is not comfortable’ with the amount of minutes he is currently getting at Real with Liverpool, Juventus and AC Milan ‘weighing up the opportunity’ to make a move.

ABC describe the 221 minutes of La Liga football that Asensio has played this season as an example of the ‘harsh reality’ of being part of such a talented squad.

Asensio for that reason ‘ponders his future’ at Real and he will be available on the market. ABC claims that Liverpool ‘already tempted’ him with an offer in a previous transfer window, while Milan and Juve are both possibilities.

The report adds that Asensio ‘must be transferred or renewed’ in the summer with his contract running down in 2023 and Real would be reluctant to lose him for nothing.

Meanwhile, Virgil van Dijk has been encouraged by Curtis Jones’ performances in a Liverpool shirt and thinks there’s more to come from his team-mate.

When asked how impressed he has been by Jones’ development, Van Dijk told the Reds’ official website: “A lot.

“Unfortunately, Harvey got injured like everyone knows, of course, and was doing so well. It was difficult probably for Curtis to see that a little bit because obviously he wanted to play, but saw Harvey doing so well. Now he had to take his chance.

“At the moment, I think if you look at our midfield, Naby is still doing very well, Oxlade is doing very well, so it’s not easy to be out there. Obviously in the last couple of games he’s shown that he has the quality to be there and is doing well.

“He’s still young, he’s still learning, he has a great mentality. He has to keep that going. It’s only the start for him and he has to keep showing it. The most difficult part of being a football player is being consistent, so that’s going to be a big challenge for him. But so far, so good.”