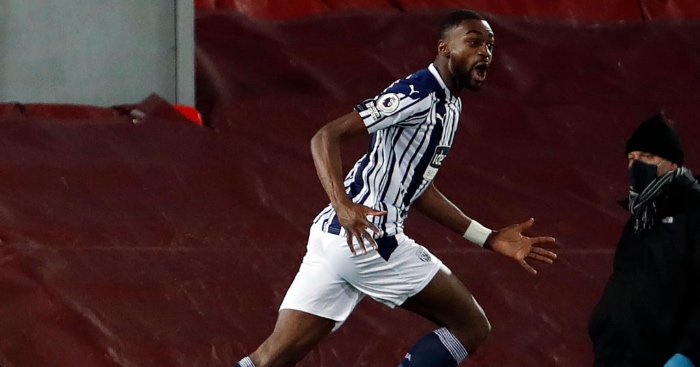 There was no fairytale return for the last man to register a league victory on this ground way back in April 2017 but how the game played out was classic ‘Big Sam’.

Having given up swathes of possession, the Baggies were lucky to go in at the break only trailing to Sadio Mane’s brilliant opener but encouraged by an uncharacteristically rare lack of cutting edge from their hosts – who had put seven past Crystal Palace last time out – they grew into their surroundings.

READ: Ozil central to divisions under Arteta at Arsenal – report

And with Liverpool’s possession not gaining them anything after the break, Ajayi made up for his mistake in losing Mane for his goal by heading in an 82nd-minute equaliser.

In reality the Baggies did not look like ending the Reds’ unbeaten home run, now at 67 matches, but did enough to capitalise when it mattered as Allardyce picked up his first point in the battle against relegation for which he has been appointed.

The poetic narrative teed up the 66-year-old to pull off an upset but the reality was much more grim in the first half as the visitors conceded huge amounts of ground and rarely showed any intention of engaging until the ball reached their own penalty area.

Liverpool were allowed to play the ball around with impunity as the Baggies dropped into a 6-4-0 formation as soon as Jurgen Klopp’s side entered their half in an attempt to deny space in the danger areas.

Although that was not a great surprise, the lack of desire to even attempt to disrupt their opponents did not bode well.

And so it proved after just 12 minutes as the predatory instincts of Mane cut through their low block.

Centre-back Joel Matip took the aerial route over the massed ranks and the Senegal international, having got the wrong side of Ajayi, brilliantly controlled the pass on his chest before volleying into the bottom corner.

After no goals in nine matches Mane has now scored in back-to-back games and he could have had a hat-trick by the mid-point of the half, directing a header wide and passing up at least one other chance as he gave the West Brom defence all kinds of trouble despite being severely out-numbered.

The goal made little difference to the tactics and Allardyce will have been happy to reach half-time having conceded just one shot on target despite giving up 82 per cent possession with both Jordan Henderson (85) and Curtis Jones (49) completing more passes than the entire West Brom side.

Karlan Grant had West Brom’s first shot on target early in the 51st minute before Liverpool lost Matip to a groin problem on the hour, having already had midfielder Naby Keita ruled out of the squad with yet another injury issue of his.

The 19-year-old Rhys Williams replaced him, as he had done during the centre-back crisis of October and November, and his first test saw him out-sprinted by Grant only for Alisson Becker to come to his rescue.

However, the goalkeeper was powerless to prevent Ajayi’s header going in off the post after Jones’ unforced error conceded a late corner.

Roberto Firmino was denied a late winner when his header was tipped around the post by Sam Johnstone but it was Allardyce celebrating at the final whistle.