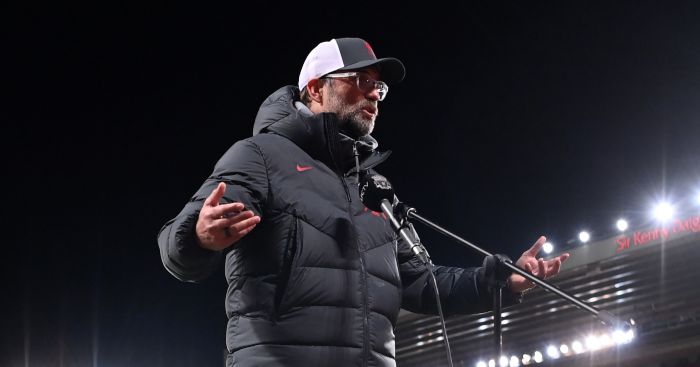 Liverpool are willing to listen to offers for Divock Origi in January, who has been linked with a move to Wolves, according to reports.

Origi first joined Liverpool in 2014 for a fee of around £10m from French side Lille. He spent the 2014/15 campaign back at Lille on loan before he returned to Liverpool ahead of the 2015/16 season.

The Belgian international has made just short of 150 appearances for the Reds since then.

MEDIAWATCH: How ‘on their knees’ Liverpool will win title by default

He has netted 35 goals in that time. Origi has scored some vital goals for Liverpool, as he notched in the semi-final and final of the 2018/19 Champions League.

The 25-year-old got the second goal in Madrid. Liverpool beat Tottenham 2-0 in the final to win the Champions League for the sixth time.

But Origi has fallen down the pecking order this season. He has only made seven appearances so far this campaign.

The forward has only played for seven minutes in the Premier League this term, which comes from two substitute appearances.

Now The Athletic, as cited by Birmingham Live, are reporting that Jurgen Klopp is willing to listen to offers for Origi in January.

The report adds that the attacker has been a long-standing target for Wolves. Nuno Espirito Santo has allegedly picked out Origi as a key target in January.

Wolves will want reinforcements in attack with Raul Jimenez set for a long spell on the sidelines after fracturing his skull.

Their £35m summer signing Fabio Silva has been selected in his place, but he is yet to score in the Premier League.