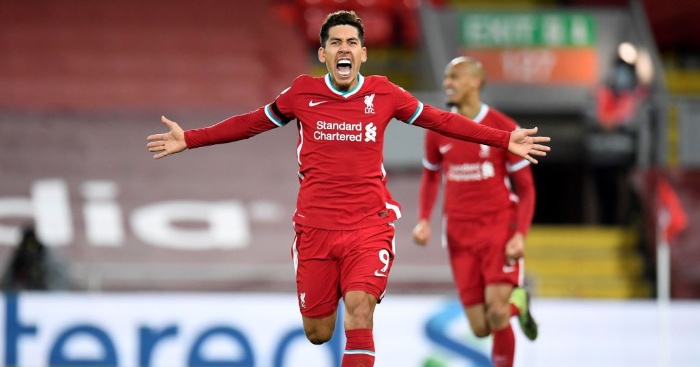 Weight of expectation
Mediawatch has some sympathy with Jose Mourinho because the narrative that Liverpool are ‘a patched-up Liverpool, no matter what Jose says’ (The Sun) really is nonsense. On Wednesday night against Spurs they played nine of the 11 players who played the most minutes in their cruise to the Premier League title last season. They are stretched in central defence (and there is a knock-on effect in midfield) but everywhere else on the pitch, they are playing their first-choice XI.

Two days after Dave Kidd told us that Tottenham should ‘show a little adventure’ against this ‘patched-up Liverpool’, he was praising them for ‘showing a little more ambition than we might have expected from a Mourinho team’ in an ‘impressively mature performance’.

‘They soaked up oceans of pressure, especially in the opening half-hour but there was great conviction and speed of thought whenever they ventured forward.’

Yes. You have literally just described how Jose Mourinho’s Spurs have played all season. You really should have been expecting it.

Whose default is this?
Elsewhere in The Sun, Mark Irwin has gone right down a rabbit-hole signposted ‘this is a shit season’, as is his wont as the most miserable man in football journalism.

‘WHEN Leicester won the Premier League with 81 points back in 2016 we were told that it was an anomaly which would never happen again.’

Oddly, nobody forecast a global pandemic that would elongate one season, truncate another and force fans out of stadiums, Mark.

‘But here we are with the crown up for grabs once again and virtually every club in the top half of the table believing they are in with a shout.’

Yes, it’s so wide open that Liverpool are now 11/10 favourites and you can get odds of 500/1 on seventh-placed West Ham.

‘You could argue that it is shaping up to be the most exciting title race in recent memory. Or the worst.’

Well you could if you were Mark Irwin.

‘This time there is a very real possibility that someone could take the title by default.’

It’s more likely that Liverpool – one defeat in 13 Premier League games and unbeaten at home since April 2017 – will win the title by virtue of being the best side.

‘Because the way things are going, it almost looks like it is all too much effort for anyone to put in a sustained winning run.’

That’s it. Laziness abounds in the Premier League. Other teams could win the title but they simply cannot be arsed.

‘It is hard to believe this is the same Liverpool team which absolutely blitzed all comers on their way to their first Premier League title last season.’

Liverpool are just so shit, aren’t they? With their nine-match unbeaten run in the Premier League to give them a three-point lead at the top of the table.

‘But now they have been brought to their knees by an injury list and a Covid-congested schedule which has driven Jurgen Klopp to distraction.’

Can you be ‘brought to your knees’ at the top of the table with an unbeaten home record stretching back more than three years?

But according to Irwin they face no competition, though Tottenham will continue to ‘sneak results while conceding the lion’s share of possession’, which as we all know is cheating.

‘At least they look as though they are giving it a go. Which is more than be said for a Manchester City team who cannot be bothered to put in a consistent effort for a trophy that clearly does not mean that much to their manager or their owners.’

That’s right. City just ‘can’t be bothered’ to win a trophy they have won in two of the last three seasons. Which is why this really very shit Liverpool side will win the title by default.

Turns out Tottenham didn’t have ‘dominancy’ after all, Tim… https://t.co/gC3f0rKrVD

Tactics Tony
And what’s worse than a former Tottenham player commentating on Tottenham’s defeat to Liverpool? Why, a former Chelsea player giving his opinion the next day, of course.

Over to Tony Cascarino on Talksport:

“If they attempt to play cautious, pragmatic football, I think it’s really hard, with VAR.”

“I think it’s an idea of playing – cautious, pragmatic football – if you look across Europe, all the teams at the top of the division are all entertainment teams.”

“Apart from Atletico…but I still think they’ll find it hard to stay in front of Real Madrid. But generally across Europe all the teams have flair.”

All of them? All across Europe?

“I’d say no to the first half and yes to the second half.”

“If you go 90 minutes attempting to counter-attack, I’m telling you VAR will absolutely kill you as a team.”

We’re unsure on the evidence for that claim as Liverpool have suffered more from VAR than any other team this season.

“You’ve got 50 goals in your team in Kane and Son; you cannot ignore that.”

Kane and Son have already scored 20 goals in 13 games; we don’t think anyone is ignoring them.

“They have to be given chances and first half, Harry has had very little to feed off.”

And yet they went in 1-1, Tony. So the game-plan absolutely worked. And if Kane (“One of the best strikers in the world”) had taken his 63rd-minute chance, they might have won the game.

Only Roberto Firmino (5) had more shots than Kane (4). It’s hardly a fault of the cautious, pragmatic football that he failed to hit the target.