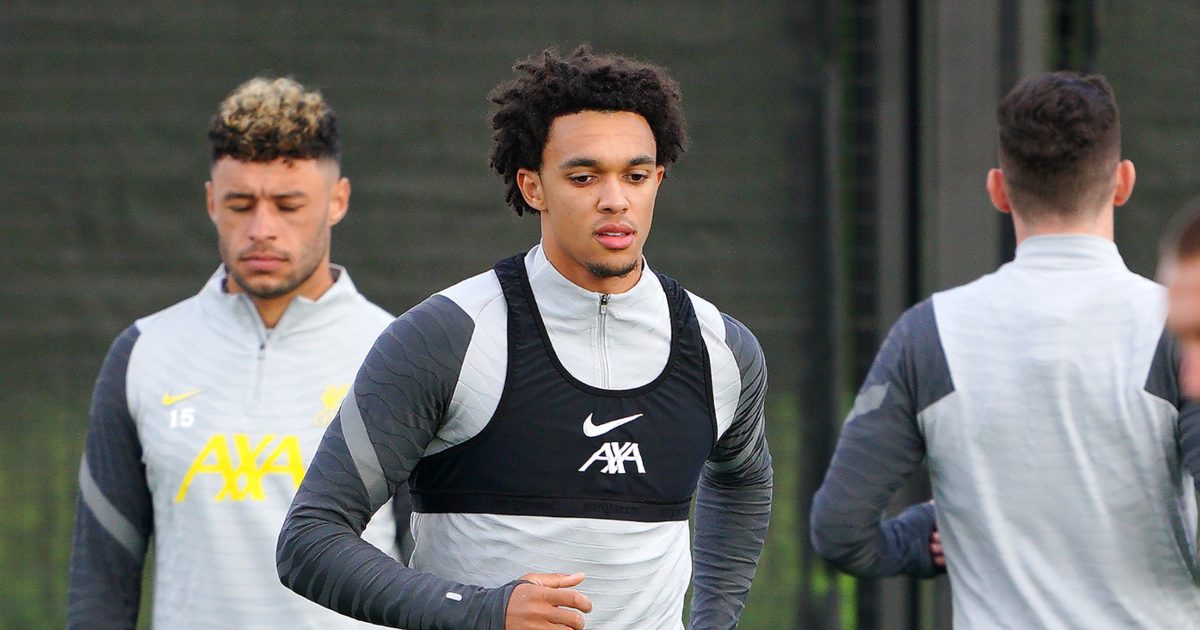 Liverpool have been dealt a blow as Trent Alexander-Arnold has been ruled out of Sunday’s clash against Manchester City at Anfield.

Alexander-Arnold has been a key figure for Liverpool over the past few years and this has continued into the 2021/22 campaign.

The full-back has already played six times for the Reds this term. But he was not in the squad as Jurgen Klopp’s men beat Porto 5-1 in the Champions League on Tuesday night.

Alexander-Arnold missed out on that game as a result of a muscle injury. Liverpool host Pep Guardiola’s Manchester City at Anfield on Sunday afternoon.

As reported by The Athletic, Klopp has confirmed that Alexander-Arnold and Thiago will miss this weekend’s game.

The Reds boss “expects” both players to return after the upcoming international break:

“No ‘news’ means they are doing well but they won’t have enough time for being back against City, but I expect them both to be back after the international break,” Klopp said.

“But we have a good team so we still have solutions and we have to use them and yeah, after the international break the boys will be back I think.”

Elsewhere, Klopp has claimed that Liverpool need a “complex and complete performance” to beat Man City:

“Unfortunately, it didn’t feel like that, but thank you for telling me. We conceded as well, some or a few.

“We play against Man City, I don’t think now it makes too much sense to think too much about how many goals we can score against them.

“We need a complex and complete performance against them to have a chance only and that’s it.

“We have to work hard, we had to work hard in all the games we had. But now we have two days more (than the three they had between Brentford and Porto) to the City game, which will be helpful, and then we will be fresh again and then give it a go.”