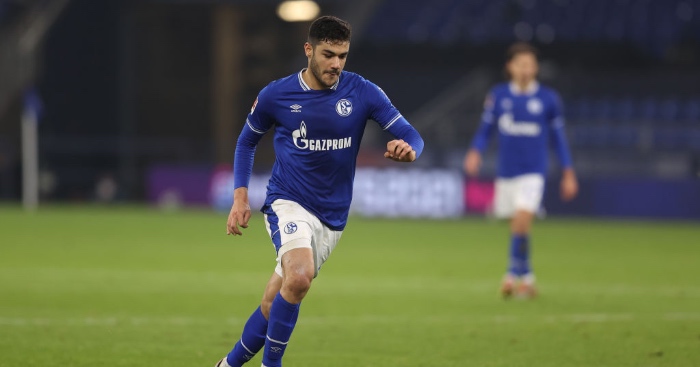 Liverpool are reportedly ‘in talks’ with the agents of Schalke centre-back Ozan Kabak.

Ben Davies is close to completing his move from Preston for around £2million, with Sepp van den Berg moving the other way on loan, but Liverpool are keen on further defensive reinforcements.

Marseille defender Duje Caleta-Car was reportedly a target and travelled to Mairgnane airport with his girlfriend to fly via private jet to hold talks with Liverpool.

But the deal is said to have stalled with the Ligue 1 club keen to line up a replacement before they allow the Croatian to leave.

And Liverpool have now turned their attention to Kabak, with the Turkish defender pictured heading to Schalke’s medical centre ahead of the proposed move.

🚨 BREAKING: Ozan Kabak is having a medical in Germany ahead of a move to #LFC. #awlfc [@swearimnotpaul]

Transfer expert Fabrizio Romano says Liverpool are in talks with Kabak’s agents, but Schalke would only allow him to leave on loan if an obligation to buy was included, with the total value thought to be around €30million.

Liverpool are in talks with Ozan Kabak agents – Schalke would sell him only on loan with obligation to buy [total value around €30m]. But #LFC have also another name in their list if Schalke won’t find a replacement. 🔴

No Caleta-Car, no Botman. ⏳ #DeadlineDay

But Romano added that Liverpool have another name on their shortlist should Schalke be unable to find a replacement, which could be touch and go with the German window closing at 5pm.