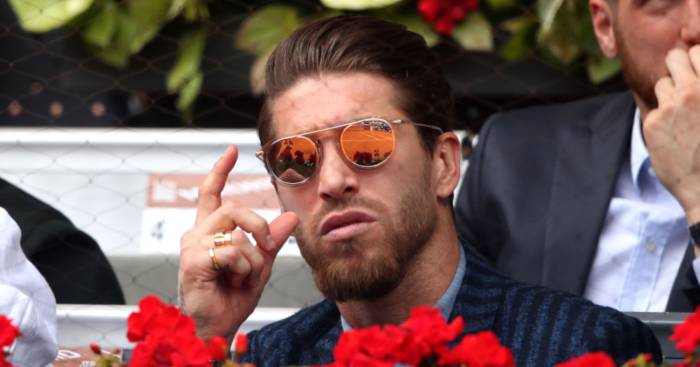 Liverpool would not sign Real Madrid defender Sergio Ramos even if he was available on a free transfer, according to reports.

Spanish newspaper AS claimed yesterday that both Liverpool and Manchester United were interested in bringing the defender to the Premier League.

However, a report in the Daily Mirror says that those reports fall wide of mark when it comes to Liverpool’s stance on signing the Spaniard.

A rivalry was created with Ramos after the Real Madrid captain was involved in a first-half clash with Liverpool’s Mo Salah in the Champions League final last season.

The incident resulted in Salah having to be replaced before the interval after Ramos injured his shoulder – but the Spanish centre-back thought there was an over-reaction to the incident, he said at the time: “F*ck, they’ve given this a lot of attention, the Salah thing.”

The report, though, adds that the bad blood between Ramos and Liverpool is not the reason for their refusal to look at the 33-year-old.

Instead, it is his ‘profile’ as he would struggle to ‘fit’ into Jurgen Klopp’s plans for the club.

A ‘senior source at Anfield’ has told the Daily Mirror: “There is 0.0 percent chance of Sergio Ramos playing for Liverpool.

“It has nothing to do with what happened in Kiev last season.

“Even if we had won the Champions League final and Ramos had shook the hand of every Liverpool player afterwards we would still have no interest in him.

“Ramos just doesn’t fit the kind of profile that Jurgen Klopp is looking for.

“We wouldn’t even sign him if he was available on a free.”