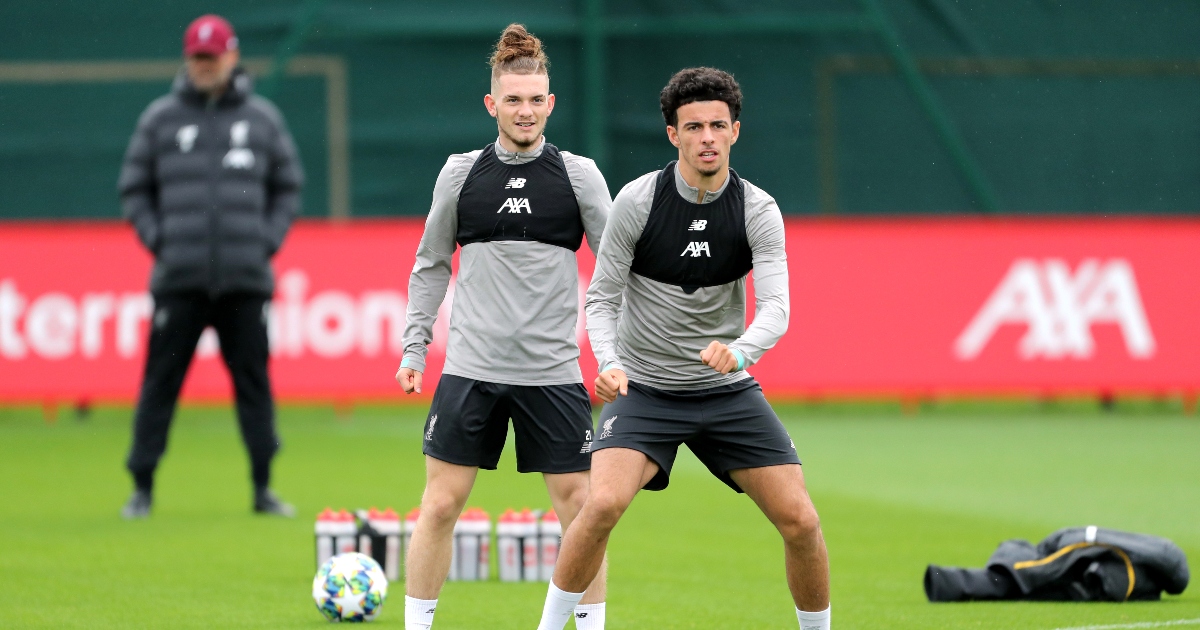 Curtis Jones will not feature for Liverpool against Norwich City in Saturday’s Premier League opener due to injury, Jurgen Klopp has confirmed.

The 20-year-old suffered a concussion in Monday’s friendly against Osasuna and was taken off during the first half following a collision.

Due to concussion protocols, Klopp will not risk Jones in the Norwich game, despite the youngster now feeling fine.

‘Messi has played safe’ and other hot takes EXPOSED

“He had a slight concussion so we just have to follow the protocol,” the German told the club’s official website.

“He is fine, he feels fine again, but that’s the protocol. He is available for training from Sunday on I think.”

Liverpool will also be without left-back Andy Robertson for Saturday’s trip to Carrow Road.

The Scotland captain picked up an ankle issue against Athletic Bilbao on Sunday and was helped off the pitch by members of the Reds’ medical team.

“I think we got lucky with Andy, it could have been much worse,” said Klopp.

Robertson’s foot was in a protective boot after leaving hospital – but the left-back is remaining upbeat about his time on the sidelines.

“Scan suggests nothing too major but there’s some ligament damage which will need to mend,” Robertson said on Twitter.

“I will be grafting every day so I can help the team again sooner rather than later.”

Kostas Tsimikas is likely to be Robertson’s replacement at Carrow Road despite the Greece international having only played six Premier League minutes last term.

Elsewhere, Liverpool is reportedly the ‘most likely destination’ for Lille midfielder Renato Sanches, according to reports.

The former Swansea and Bayern Munich star has been heavily linked with a move to Anfield, with Arsenal and Barcelona also said to be interested.

Lille reportedly want ‘at least €40-42m’ for the 23-year-old and Mundo Deportivo (via Sport Witness) focussed on the transfer tussle between Liverpool and Barcelona.