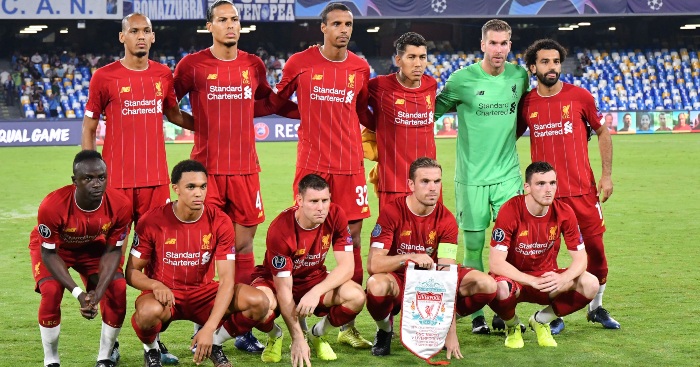 Liverpool players have been accused of showing disrespect to their hosts following Tuesday night’s Champions League defeat at Napoli.

The Reds began their Champions League defence with a 2-0 defeat in Naples in their Group E opener.

Amid a typically ferocious atmosphere at the Stadio San Paolo, some Liverpool players have been accused of displaying a lack of respect.

Those players in the travelling party but not in Jurgen Klopp’s matchday squad watched the game from new seats installed in Tribuna Posillipo.

Our friends at Sport Witness have translated CalcioNapoli24’s claims that these players made a ‘bad gesture’ by putting their feet and legs up on Napoli’s new furniture, which led to stewards intervening.

“Only after repeated insistence to the players (from stewards) to observe a more appropriate and respectful attitude, the situation returned to normal.”