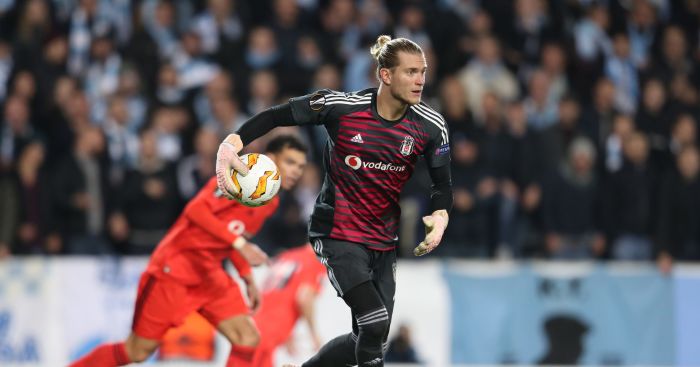 The German fell down the pecking order at Anfield after making two high-profile errors in the final of the Champions League that Liverpool lost 3-1 to Real Madrid at the end of last season.

That saw him loaned to the Turkish club for two years after agreeing it was time for him to look for a new challenge elsewhere.

Karius was jeered by Besiktas supporters after conceding a soft equaliser to Omer Ali Sahiner against Konyaspor on Sunday.

He would be beaten again by Moryké Fofana, only for Shinji Kagawa to rescue him with a stoppage-time winner in a 3-2 victory.

Reports from Turkey even suggested the 25-year-old requested to be substituted in the match as he failed to add to his five clean sheets in 26 games.

Afterwards coach Senol Gunes said: “He was at fault for the goals he conceded. Karius has gone a bit stagnant, something is wrong with his electricity, motivation, enthusiasm” pic.twitter.com/U6QrAR4Rfl

And Goal.com claims that Karius is ‘taking legal action’ against Besiktas over ‘money he is owed’ with the goalkeeper going to FIFA over the matter.

The Turkish side are understood to owe Karius as much as four months’ wages, worth over €1million, with Karius first making contact with FIFA on February 20.

The report in Goal adds that after Besiktas failed to meet 10-day deadline for a response, the world football’s governing body ‘could decide to sanction’ the Turkish top-flight club if they have failed to adhere to rules.

Goal continues by saying a ban from the Europa League or a points deduction in Besiktas’ domestic league are possible punishments.