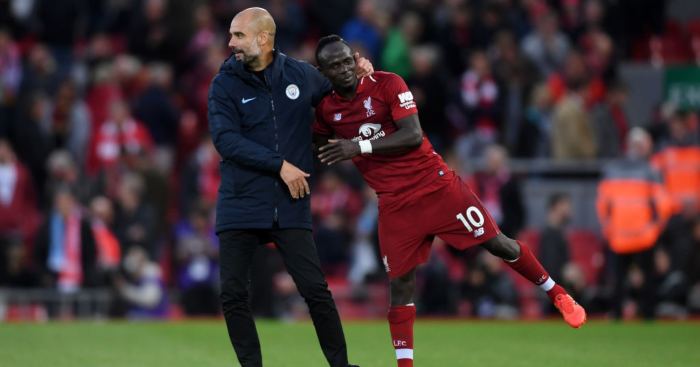 Sadio Mane thinks Pep Guardiola has been “a bit clever” by getting the “attention of the referee” ahead of Liverpool’s clash against Manchester City on Sunday.

City drew 1-1 against Serie A side Atalanta in the Champions League in Milan on Wednesday but that game has been overshadowed by the build-up to Sunday’s top-of-the-table Premier League clash at Anfield.

Guardiola fanned the flames last weekend with comments that labelled Liverpool striker Mane as a diver.

City‘s boss clarified his comments on Wednesday and Mane thinks he was wrong to call him a diver.

“The only thing I can say I will be for sure ready for the team, to give everything possible, and to help my team,” said Mane.

“If it could be a penalty for sure I will ‘dive’ again. If the dive will give me a penalty then I will do it to get it back! Why not?

“But what Jurgen said is correct. I do not dive.”

“I think it’s a bit clever from him [Guardiola] to get the attention of the referee but I will just play my football like I’m always doing.

“I don’t pay attention to what he’s saying because it’s part of football. Even though I saw him commenting about it, what he said, for me, I think it’s positive.”