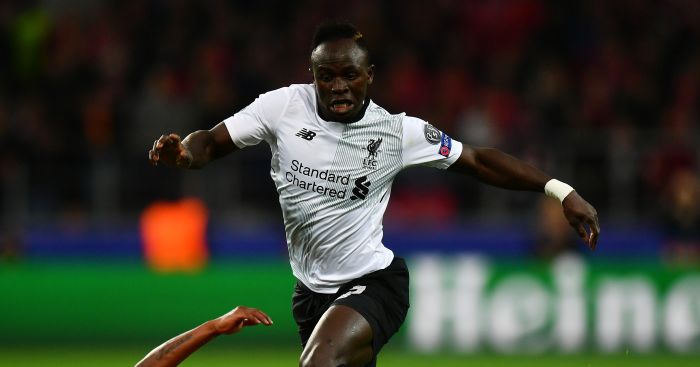 Sadio Mane has been named in Senegal’s squad for November’s international matches despite the Liverpool forward’s recent hamstring injury.

The 25-year-old has been in good form this campaign for Jurgen Klopp’s side, contributing three goals in five Premier League matches before picking up the injury.

He sustained the injury during his last spell away with Senegal and was substituted in the 89th-minute of their 2-0 World Cup qualifying win over the Cape Verde Islands earlier this month.

Liverpool confirmed the injury on their official website and claimed that Mane could be out of action for up to six weeks.

He has already missed the Reds’ clash with Manchester United last Saturday and Tuesday’s 7-0 victory over Maribor in the Champions League.

It also possible that Liverpool’s match against Chelsea on November 25 could also come too soon for Mane given the six-week timeframe.

However, Senegal manager Aliou Cisse has picked Mane in his 25-man squad for two World Cup qualifiers against South Africa on November 10 and 14 – which would be too early if Liverpool’s prognosis is accurate.

Cisse, though, seems confident that Mane will be fit and raring to go for their crucial double-header versus Bafana Bafana.

“In my mind, there is no doubt he will be us for the double-header against South Africa and that he will be 100 percent fit,” Cisse said.

“Until now, he has just been doing some individual training—running in straight lines.

“But from next week, he is going to train harder and start working with the ball.”