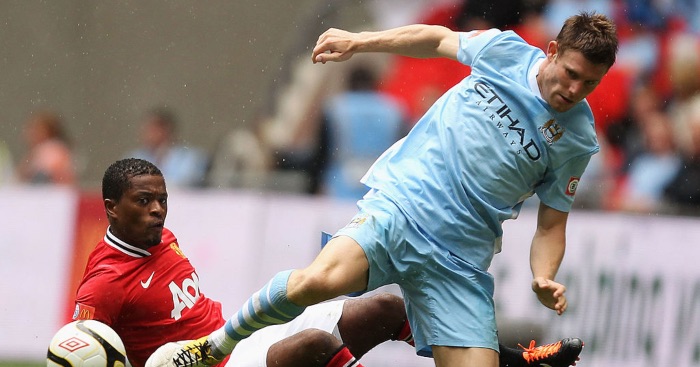 Liverpool midfielder James Milner burst out laughing after being questioned on Patrice Evra picking him as his toughest ever opponent, over the likes of Lionel messi.

The former Manchester United full back surprisingly named Milner as the hardest player he played against on Monday and the Liverpool star admitted it was “nice to know Patrice thought I was a nuisance.”

James Milner is the toughest opponent @evra has ever played against. @JamesMilner 💪🔴 pic.twitter.com/vS2CB9HuIp

In the Sky Sports studio, Evra said: “He frustrated me because I’m an attacking defender. I was like “just go on attack”.

“When I played the derby, I had him always up against me. Messi, I could deal with him.'”

Milner was asked about what Evra said in the pre-match press conference to Liverpool’s Champions League clash with Genk on Wednesday night.

Patrice Evra said James Milner was his toughest ever opponent…

And the Liverpool midfielder says he’s glad he was a nuisance 😂 pic.twitter.com/CvCk0OFPi5

A reporter asked the 33-year-old to give his “most frustrating opponent” and after bursting out laughing, replied: “Players? I don’t know really, it’s hard to name one obviously but it’s nice to know Patrice thought I was a nuisance.”