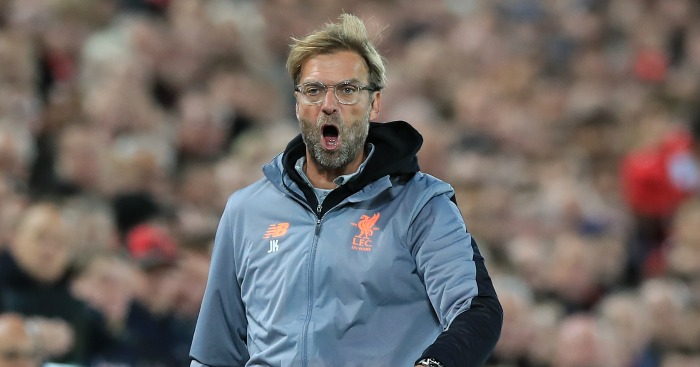 “We have four centre-backs; I don’t think we need more,” said Jurgen Klopp on August 6, more than three weeks before the end of the transfer window. “Just at the moment I’m fine. The transfer market is open until August 31. We cannot force the things and we would never get a centre-back just for the sake of it. Look out there and tell me five that would make us stronger. Five. Then you win a prize.”

If Klopp is handing out prizes for naming five, what do we get for naming 25 central defenders with greater competence than Dejan Lovren? You can understand why Liverpool didn’t want to buy “for the sake of it” with hopes still alive of signing Virgil van Dijk, but for the sake of Champions League and Premier League campaigns they must already be ruing their inaction.

Three of Liverpool’s four central defenders started their first Champions League game under Klopp. One was sent off, another was at fault for the first goal and the third is Joel Matip. The latter is destined to spend another season sighing and tutting at those around him, sending ‘wish you were here’ postcards of the Royal Liver Building and Liverpool Cathedral to Southampton FC for the attention of their central defender. Sorry Maya Yoshida, this one’s not for you.

As has been the case almost since he signed, Lovren was the guiltiest party. Only a Liverpool central defender could lose concentration at the exact moment a cross was being played into the box, the Croatian allowing the ball to spill under his foot and gave Wissam Ben Yedder the easiest of opportunities.

Yet if Liverpool’s inability to buy a central defender will be the lead weight tied around the ankle of their loftiest ambitions for this season, it is the non-central defender in Liverpool’s defence against Sevilla that most emphatically personifies this team’s style. Alberto Moreno has lurched between figure of fun and figure of fury since his arrival in 2014, but will always be box office. On Wednesday, it was as if he wanted to remind his former club of the entire back catalogue.

More touches of the ball than any teammate, six crosses, six clearances, three chances created and one assist was Moreno’s personal countdown, but even that underplays the manic style that Moreno has made his own. Nobody is as likely as him to follow a beautiful, teasing cross with a ten-yard pass played directly into the feet of an opposition player. Like most things Liverpool do, Moreno is impossible to legislate for. Like most things Liverpool do, that is an insult as well as compliment.

Liverpool’s first half of Champions League football under Klopp was farcically eventful, their manager’s ideal performance squeezed into 45 minutes. Ten Liverpool players made tackles as Klopp’s team pressed Sevilla like a team possessed, and eight outfielders had shots. If Klopp read the riot act to his players after shambolic defeat on Saturday, this was the evidence. By the final whistle, another two steps forward had been followed by two back.

Watching this Liverpool team, the only surprise is that every game doesn’t end 5-4. Such is their rampant attacking force and defensive incompetence, even watching from afar is enough to bring on a stitch. This is more German techno than heavy metal, deafening but ultimately unsatisfying.

It brings some extraordinary results, such as central defender Matip dancing and dribbling into the opposition penalty area, defensive midfielder Emre Can having more shots than any other player and Jordan Henderson playing blind passes across his own penalty area to try and launch a counter-attack.

Liverpool should have been out of sight by the hour mark, Roberto Firmino spurning a penalty and Liverpool having 24 shots in total, 13 from inside the penalty area. Yet their soft underbelly will always give the opposition confidence. Stay in a match, and Liverpool will give you a chance. They will switch off at a throw-in, as for the late equaliser, or commit too many players forward for a team with a one-goal lead against the toughest opposition in their group.

Liverpool conceded only two shots on target, but both were eight yards from goal and gave a striker time and space to place his shot. Sevilla finished behind only Real Madrid, Barcelona and Atletico Madrid last season; they are too good not to take advantage of such ineptitude.

Every section of Liverpool’s matches are played like the last ten minutes of your office five-a-side on a Monday night. This is piñata football, each team invited to have a swing and see if something sweet falls out. If it is incredibly invigorating for the neutral to watch, those of a more partisan nature will find the piñata’s spoils far less fulfilling. New competition; same old story.