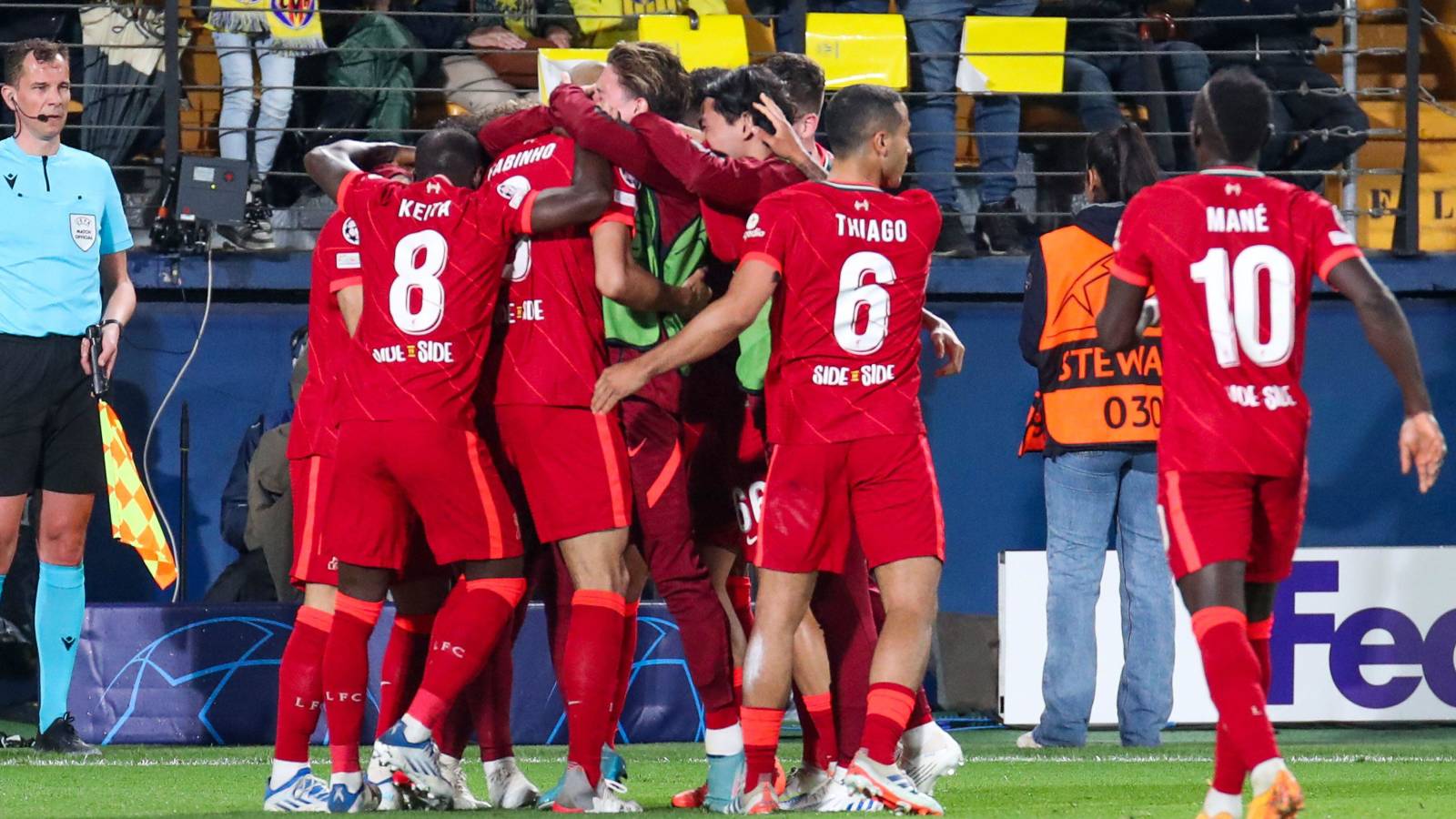 The Quad dream is still alive, but further scares like Villarreal are inevitable for Liverpool in the games ahead…

Liverpool will now, at the very, very least, play every possible game this season as their quest for An Unprecedented Quadruple reaches its final hurdles. They have the League Cup done, and now a Champions League final to go with the FA Cup showpiece.

This particular hurdle, though, proved far tougher than anyone could have expected or the final scoreline suggested. With a 2-0 first-leg lead safely in their pockets from Anfield, all Liverpool needed to do in Villarreal – which is, and you won’t hear this in the so-called mainstream media, quite a small place – was avoid disaster.

For 45 minutes, they flirted dangerously with just that. Now it does need saying that in those first 45 minutes Unai Emery’s happy-go-lucky ragtag bunch of Premier League rejects were absolutely magnificent. Etienne Capoue, who would end the evening collecting the most ‘head’s gone’ second yellow of all time for a pointless lunge at Curtis Jones, was the best player on the pitch by a frankly absurd margin. He got the assists for both goals, the second scored by another familiar face in Francis Coquelin, and there were heroes in yellow all over the pitch.

We’ll state with some confidence now that no current Spurs players will give Liverpool as much gip on Saturday night as Juan Foyth and Giovani Lo Celso did here.

The biggest compliment one can pay Villarreal’s first-half performance is this: it made Liverpool feel what pretty much everyone else feels playing against Liverpool. Just a relentless, unending examination where no pass is unpressured or straightforward and no respite is offered. Villarreal could hardly have offered a more different display in those first 45 minutes than the passive side with no answer or apparently plan in the first leg. Yet at three-quarters distance they had got themselves level in the tie and if momentum is a thing then they held all of it.

But for all that Villarreal excellence, and for all that they played with the abandon and courage that was their only possible route out of the almost impossible position they found themselves in, this was all about Liverpool. Most prosaically, a half where Liverpool were really, properly poor. Without caveat or mitigation, they played badly.

Yet while there can be no excuse for being quite as ponderously, distractedly crap as they were in that first half, there is plenty for why they weren’t Full Liverpool. A probably inevitable by-produce of trying to achieve what Liverpool are currently trying to achieve is accepting the necessity of certain nights being made more difficult than you would ideally like.

When you’re trying to win every competition then, unless you happen to find yourself in a Bayern or PSG position where the league is a formality, you have to take a different approach. Liverpool can’t really afford to drop any Premier League points from here on out, so resting players or dialing down the effort in those games is fraught with risk. Just about the only time you can even potentially do it is in cup competition second legs where you have a handy advantage already.

This wasn’t even a new thing in this run. Liverpool have been dominant enough and good enough in the two previous rounds that they haven’t really had to get out of second gear in the home legs against either Inter or Benfica. The results on the night in those games weren’t great, but they served Liverpool’s greater needs.

Get the job done, expend as little energy as possible, move on to the next job. That’s what the plan was again here, but Liverpool took it too far and Villarreal far exceeded expectations in that captivating first half.

And yet even here there lies justification for Liverpool’s approach. They could hardly have played worse in that opening 45 minutes nor Villarreal better. And yet still Liverpool were able to turn things around without ever really having to hit top gear. The second half was a completely different story to the first, with Villarreal perhaps having committed the cardinal sin of scoring too early; their gameplan simply didn’t seem to have a contingency for wiping out the two-goal deficit as fast as they did.

Villarreal came out for the second half with none of the energy of the first, while Liverpool had none of the negative passivity that characterised their opening 45.

Liverpool didn’t so much roar back from 2-0 down on the night to win 3-2 as saunter. However much they were helped out by some extremely generous goalkeeping for the actual goals, Liverpool never really seemed in any serious danger from the moment the second half got under way. Villarreal were held at arm’s length and even without clown school netminding you still fancy Liverpool would have got at least one goal somewhere in that second half to get the job done.

And that’s what Liverpool are doing right now. They are getting the job done. It isn’t always as thrilling to watch as they are at their absurd best – although their absurd worst in the opening half was quite entertaining in its own way – but right now all that matter is doing enough without leaving yourself too exhausted to do it all again in a few days’ time.

They did it tonight, they will probably continue to do so. But there will almost certainly be more scares like this in seemingly unexpected places along the way.