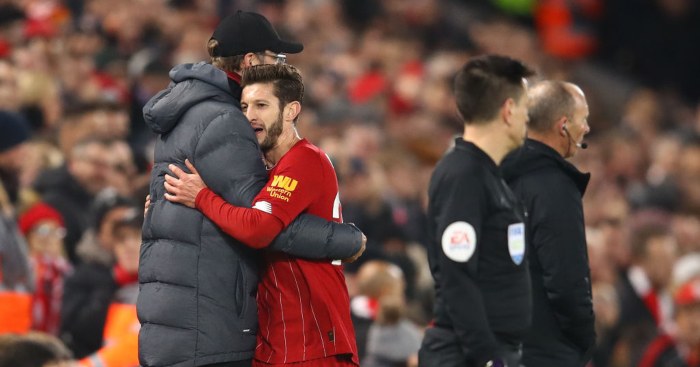 Whether Liverpool will be busy in the summer transfer market “hinges” on two things, according to The Athletic reporter James Pearce.

Liverpool brought in Takumi Minamino in the January transfer window as they strengthened their squad ahead of the Premier League run-in.

Jurgen Klopp‘s men look to set to romp to the Premier League title this season as they currently hold a 22-point lead at the summit over closest rivals Manchester City.

There are question marks over the future of the likes of Adam Lallana – who is out on contract in the summer – Xherdan Shaqiri and Dejan Lovren, while Liverpool‘s impressive youngsters could be ready to step up next season.

Responding to a question asking whether he expects Liverpool to be quiet in the summer transfer window, Pearce told The Athletic’s Live Q&A: “Yeah I think there will be a few gaps to plug. Lallana and Shaqiri likely to leave and yeah Lovren could go too.

“I think another attacker has to be the priority with AFCON kicking in next season. [Timo] Werner would certainly be a cheaper option to [Jadon] Sancho.

“How busy LFC are hinges to a large extent on whether Klopp feels that the likes of Jones/Williams/Elliott are ready for a greater role.”