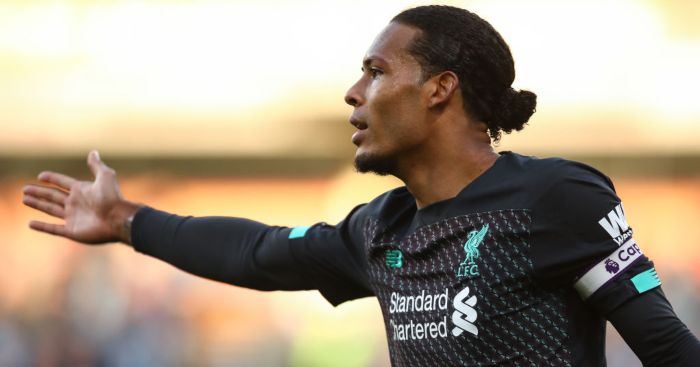 Liverpool defender Virgil Van Dijk has been shortlisted for the men’s player award.

He is up against Barcelona’s Lionel Messi and Juventus’ Cristiano Ronaldo, both of whom he beat to win UEFA’s Player of the Year award last week.

The pair have made the final shortlist of three for FIFA’s The Best goalkeeper award with Barcelona’s Marc-Andre Ter Stegen is the third name on the list.

Jurgen Klopp, who led the Reds to Champions League glory, was shortlisted in the men’s coach category along with Tottenham’s Mauricio Pochettino, whose side were beaten in the Madrid final.

There was a clean sweep for the Premier League in this category, with City boss Pep Guardiola the third man on the list after completing a domestic treble.

England Women head coach Phil Neville, who guided the Lionesses to the semi-finals of this summer’s World Cup, made the shortlist for women’s coach of the year.

Neville’s side were beaten by eventual winners the United States in France.

Lucy Bronze, one of England’s standout stars at the World Cup, is shortlisted for the women’s player award.

However, she is up against arguably the most high-profile player of the tournament, Megan Rapinoe, and her USA team-mate Alex Morgan.