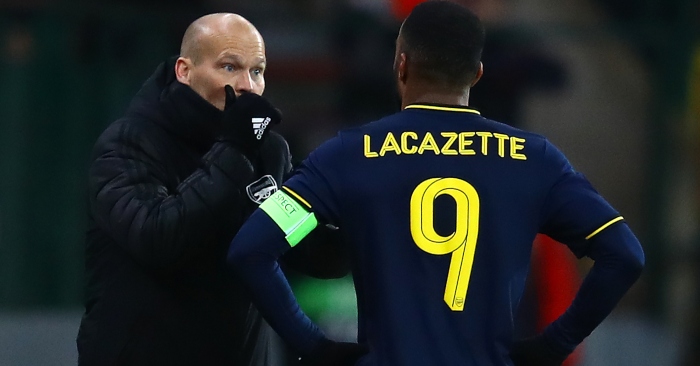 Freddie Ljungberg sent a clear message to Arsenal’s under-performing stars by revealing he wanted a team that would “work hard and fight’”against a resurgent Everton.

The interim head coach takes charge of Arsenal for the final time with new head coach Mikel Arteta watching from the Goodison Park stands, after he was confirmed as the new boss on Friday.

Ljungberg made five changes to the side resoundly beaten by Manchester City at the Emirates last weekend.

Without any recognised full-backs due to injury, Bukayo Saka and Ainsley Maitland-Niles will take their place in a back four with Calum Chambers partnering David Luiz.

That means places on the bench for Alexandre Lacazette, Nicolas Pepe and Matteo Guendouzi, while Mesut Ozil wasn’t included in the squad due to a foot injury.

Ljungberg said before the game: “Of course you always want to win. We know Mikel will be the manger and it’s a bit of a special situation. We will do everything we can to get a result.

“We have spoken a bit, not too much. He is here watching and wants what is best for the team.

“We have a lot of injuries. We have Tierney and Hector out and also Mesut has something with his foot but we have things happening there so he wouldn’t have been in the squad today anyway.

“Everton were a little bit old style when I was playing. Very direct, playing a lot of long balls and always fighting.

“I wanted a team who would work hard and fight for the second balls when needed.”