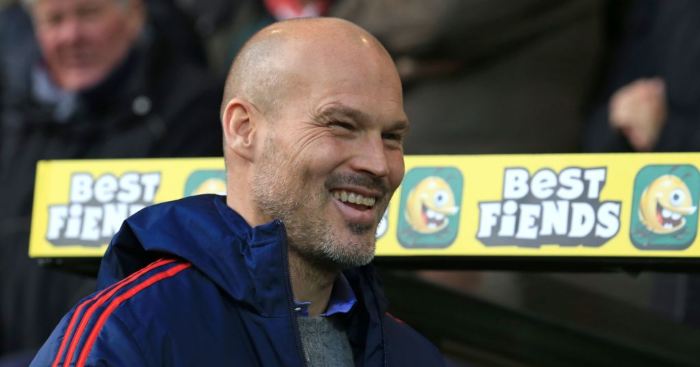 Freddie Ljungberg could be given the Arsenal manager’s job on a permanent basis if he impresses, according to reports.

The former midfielder took over on an interim basis following the sacking of Unai Emery on Friday and immediately made his mark on the side against Norwich City on Sunday, bringing in the likes of Shkodran Mustafi, Mesut Ozil and Granit Xhaka.

Pierre-Emerick Aubameyang scored two goals as Arsenal came from behind twice at Carrow Road to grab a 2-2 draw.

And the Evening Standard calls Ljungberg a ‘genuine contender’ for the permanent job with the club ‘open to the idea of the ex-Arsenal star succeeding Emery’.

The Swede faces a huge task to turn around Arsenal’s fortunes after their worst start to a Premier League season and the club’s board are hoping Ljungberg has ‘the same galvanising effect as Ole Gunnar Solskjaer’ did at Manchester United.

Ljungberg would ‘command a lower salary’ to other candidates which would obviously appeal to any board and wouldn’t require Arsenal to pay a compensation fee as he is already with the club.

A host of names have been mentioned as possible successors to Emery with the likes of Max Allegri, Eddie Howe, Carlo Ancelotti and Nuno Espirito Santo mentioned.