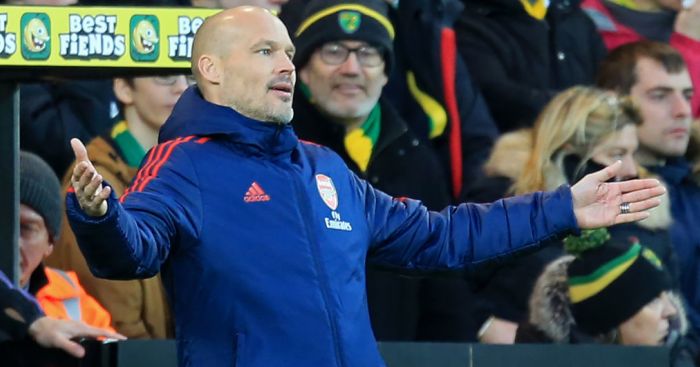 The Gunners had Pierre-Emerick Aubameyang to thank as he drew the visitors back level twice after goals from Teemu Pukki and Todd Cantwell.

Speaking to Sky Sports after the match, Ljungberg insisted that his side’s transitions are a key point to work on ahead of their clash with Brighton on Thursday.

“We started the game really well, that’s how I want to play football,” the interim coach said. “But we need to work on the transitions, we dominated and they break us too easily.

“In the beginning I saw a lot of things we worked on in training, but we need to score goals and take the lead.

“I want this club to do well, it is only winning that counts: I wanted to win the games so I am disappointed but I have also seen some positive things.”

Aubameyang’s first goal came from a penalty which had to be retaken after there was encroachment in the box leading up to the initial strike that was saved by Tim Krul.

Speaking about the goal, Ljungberg said: “I think I had a heart-attack twice! But from what I heard it was quite obvious, that’s what the results are for.

“The most important thing was for Aubameyang to have the mental strength to score the second penalty after missing the first one.”

The result – which extended Arsenal‘s winless run to eight matches – moved the Gunners onto 19 points, seven behind the top four.