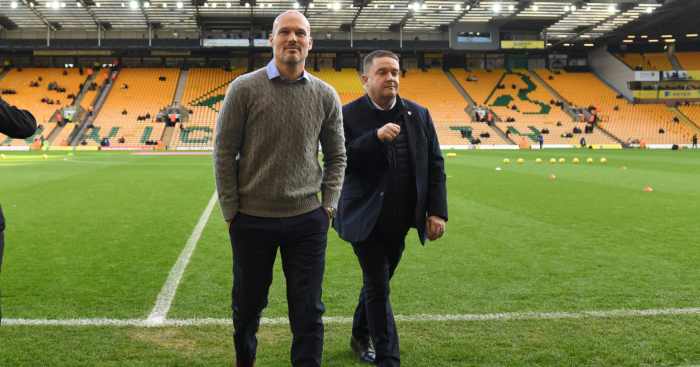 Freddie Ljungberg intends to tap into the knowledge of Arsene Wenger and Sven-Goran Eriksson as he prepares for just his second game in charge of Arsenal.

The 42-year-old said Wenger, who brought Ljungberg to Arsenal as a player back in 1998, and Eriksson – the last Swede to manage in the Premier League before his compatriot landed the job at the Emirates Stadium – could offer valuable experience as he looks to build his own career.

Asked if he had spoken to former Arsenal boss Wenger, he replied: “No (not yet).

“I would really like to speak to him. I’m in contact with him but I haven’t spoke to him because it’s been a bit hectic, but it’s on my list to do so.

“He was here for 22 years as the coach so he has a lot of experience. And he probably has some things that he thinks are important that he can share with me and make me a better coach. That’s what I wanted to ask.”

While Ljungberg never played under Eriksson, he admitted he heard good things about the former England manager.

“Sven is intelligent,” he added.

“I spoke to him a lot when he was the manager of England because he was watching our games.

“I know in the past, some stories of how he treated players and how he made them feel good and things like that.

“I have stolen a little bit of those ideas. He’s a great coach, it’s been a long time, and I hope I can speak to him soon.”