Home All The News Ljungberg: There is still a place for Ozil at Arsenal 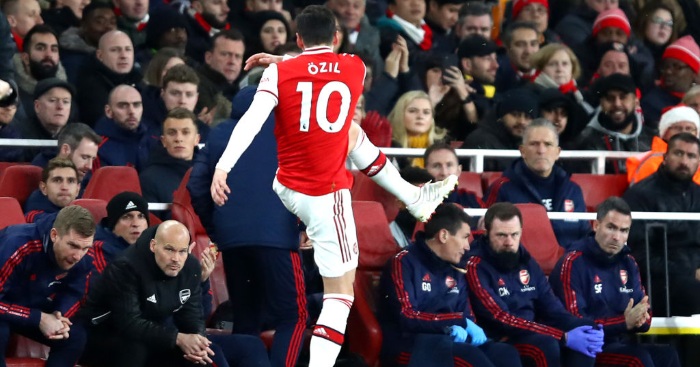 Freddie Ljungberg believes that Mesut Ozil should still be included in the Arsenal squad given the quality that he possesses.

The former Real Madrid man has been completely cast out at Arsenal, and it appears like his time at the club is drawing to a close.

He is out of contract with the Gunners at the end of this current season, and it looks unlikely that he will sign another deal.

The 31-year-old has rarely featured since Mikel Arteta took over as manager. This season he has been left out of their Premier League and Europa League squads.

Ljungberg told The Athletic, as cited by The Mirror, that Ozil could still play a significant role in certain games for Arsenal:

“For me, maybe the way football has gone now sometimes he’s not as athletic defensively. Let’s say when you play Man City you don’t have the ball and need to just run after them, maybe you need more athletic players.

“What I tried to do, what I believed in, was that when you play teams who, on paper, you’re a bigger club than or you think they’ll have a low block and you need someone to unlock it, Mesut has the total quality to do that. I think there is a space for a player like that in those kinds of games.

“But then as well you need to have a communication with the player — not just Mesut, every player. Different games suit certain players and other games suit others.

“The days of playing every single minute of every game maybe are just not happening that often anymore. When I left in the summer he was in the squads and now he’s not. What’s happened there, I can’t answer.

“I don’t know if something else has happened, I have no clue. But if you look at pure football qualities, I think my answer is quite obvious.

“When I was interim coach, I would play him in the games when I thought he could unlock defences, even if I knew his defensive job was not as good as some other players.

“So that’s my opinion; there should be a space in certain games.”