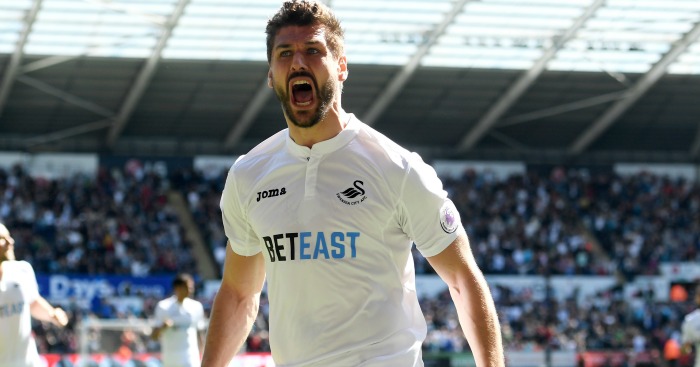 Fernando Llorente says that Chelsea approached him over a move in January, but Swansea blocked the transfer.

Llorente was linked with a move to the Premier League champions in the winter, but instead stayed with Swansea to help their bid for survival.

The Spaniard scored 15 goals in 33 games to help the Welsh side to an unlikely escape, but could have been in line for a Premier League winner’s medal had he left the Liberty Stadium at the start of the year.

“Conte has known me since we were at Juventus. Chelsea tried to sign me in winter but Swansea would not let me go. Many things can happen in the summer,” he said.

“I have a year of contract and I am very happy. It is logical that offers can come, but we will see. I hope things go well, if I stay or I’m going.

On Swansea’s season, he added: “It was a spectacular year. It was a bit tough at first because things did not start well, but the final was spectacular.

“There were times where the club thought they were going down, but I was able to give almost everything I had and I am very happy.”