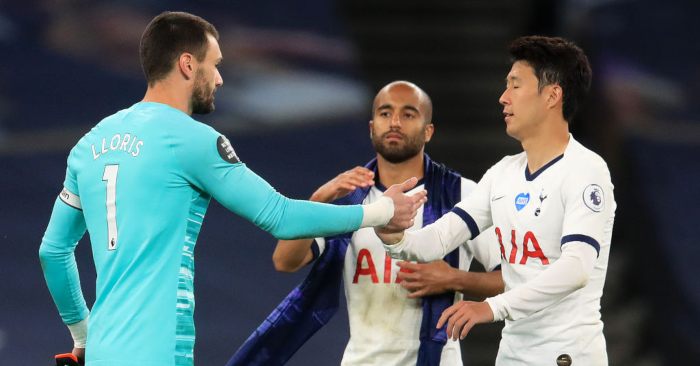 The Spurs duo were involved in a heated argument on the field as the teams walked off the pitch at the break.

Lloris reacted angrily after Son gave the ball away, which subsequently led to Richarlison having a shot on goal which narrowly missed.

He then chased after the forward as he headed towards the tunnel, and the duo had to be separated by teammates.

Although the incident was a surprise to many, Mourinho says he was glad to see it happen. Speaking to Sky Sports, he said: “That’s beautiful.

“It’s probably a consequence of our meetings. If you want to blame somebody for that, it’s me.

“I was critical of my boys because, in my opinion, they are not critical enough of themselves and with each other.

“I asked them to be more demanding, to demand more from others. I’ve asked them to put their colleagues under that pressure of that team spirit that you have to give everything for everybody.

“There was a situation at the end of the first half where an amazing kid that everybody loves like Sonny [Son Heung-min], a team boy.

“But in that situation the captain thought in the last minute of the first half ‘you have to do more for the team, you have to give us a different effort than you gave’.

“[There were] a couple of bad words, I don’t even know if there was any pushing or not.

“I think it’s something very important for the team to grow up, because as a team, to grow up you need to demand from each other, you need to be strong personalities.

“I was really pleased, so at half time I told them ‘you have this reaction, I have no doubts in the second half you are going to stick together until the end.”

Spurs went onto win the game 1-0, while Lloris and Son patched things up ahead of the second half and were seen celebrating together at full time.