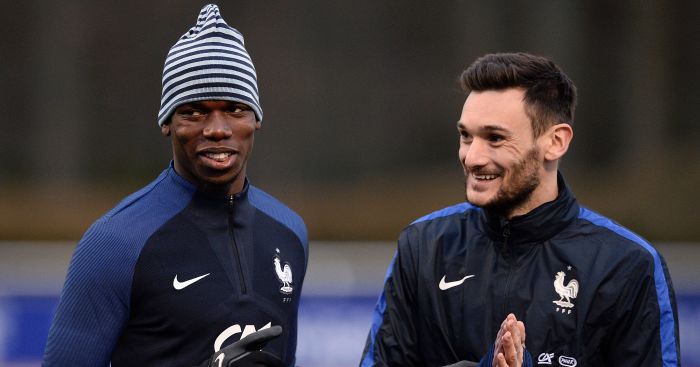 The pair won the World Cup together in the summer but Pogba has since faced criticism for his performances back at Old Trafford with United underperforming in the league.

He has also been involved in a high-profile falling out with manager Jose Mourinho with their relationship reported to be at an all-time low earlier in the season.

However, Lloris has backed his team-mate and thinks the stick he gets at United is unfair.

“I am sorry but I don’t watch all Manchester United games,” Lloris said.

“But he has a status in the UK, maybe because of his huge transfer fee.

“Now he has more maturity, he knows what he needs to do, he proves that with us.

“I think his performances at United are far from being as bad a people say.

“He is part of a team which has worse results than we could have expected, that’s for sure, but they are still a very strong team.

“When it matters he is there.”