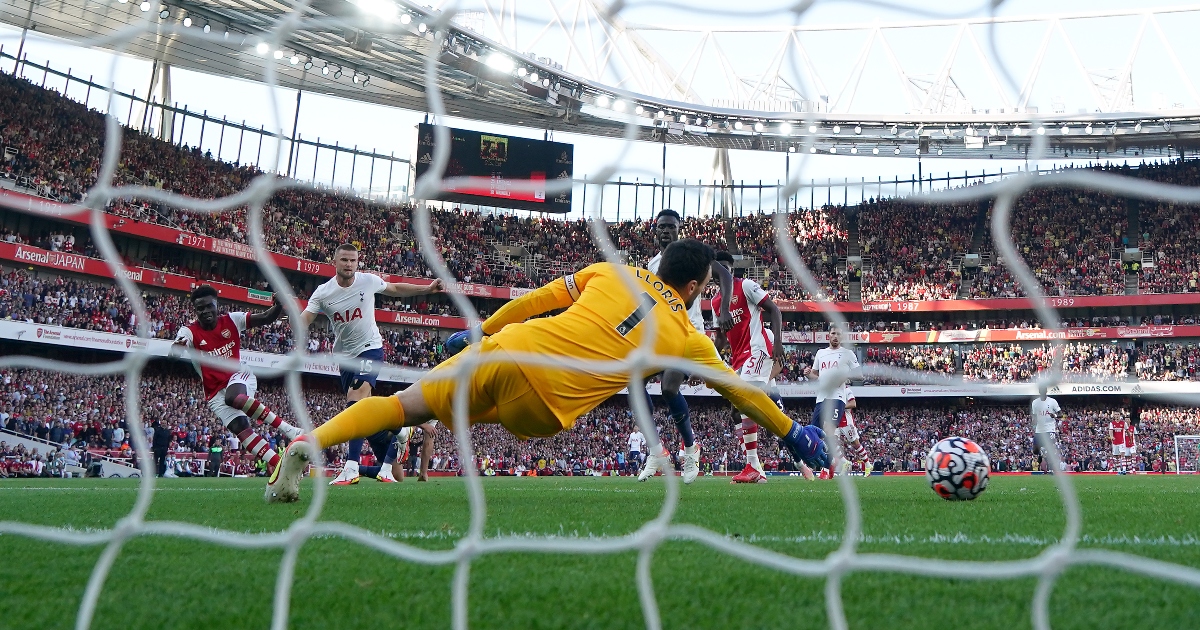 Club captain Hugo Lloris has pinpointed where it went wrong in Tottenham’s 3-1 defeat to arch-rivals Arsenal on Sunday.

Spurs were comfortably beaten by the Gunners on the day, courtesy of goals from Emile Smith Rowe, Bukayo Saka and Pierre-Emerick Aubameyang.

Nuno Espirito Santo’s side did improve in the second half – pulling one back thanks to Heung-min Son – but it was all too late with the away end nearly empty as the South Korean scored his goal.

Arsenal were able to coast through the Spurs midfield and had the whole freedom of the pitch in transition, and Lloris has explained his team’s positioning cost them dearly in the derby.

In an interview with Spurs TV, the France captain added: “You know when you lose a derby it’s always a bad feeling, it doesn’t matter the way.

“I just feel a bit sorry for the fans because at half-time [Arsenal] leading by three goals is difficult to explain.

“The only positive things we can talk about is the second half. We changed a little bit a few things tactically and I think we were more stable in the middle of pitch, more stronger and more balanced as a team.

“First half I think every offensive transition from Arsenal was a danger. The feeling was kind of losing the control of the middle of the pitch.

“It’s maybe part of the process. We need to analyse and to learn very quickly because it’s now three games with three defeats, three times with three goals conceded.

“We cannot hide the problems, even if we have to stay calm, stay positive, we have to stick together and respond in the best way next week in front of our fans.”

Despite an improved performance in the second 45, Lloris has emphasised his side must start performing for 90 minutes, instead of only a single half.

He added: It’s only six games played. There is a lot of games ahead of us,” he added. “I think the most important is to analyse well the performance and correct the things that didn’t work.

“There was some similar things like the Chelsea game. Chelsea we started very well in the first half and second half we dropped a little bit in our performance. Today was the opposite.”