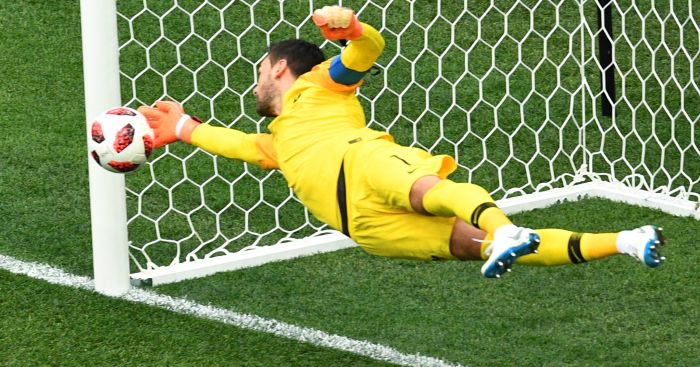 Captain Hugo Lloris feels France are ready for the challenge of taking on a Belgium outfit who “know how to do everything” in Tuesday’s World Cup semi-final.

Lloris said at a pre-match press conference streamed on FIFA’s official website: “They are an exhaustive team, they know how to do everything.

“I think the Belgian team is the most exhaustive team in all aspects of the game during this tournament – they are strong everywhere. They have everything they need to be a great team and and they are a great team.

“It is a fantastic generation and in order to beat them we will have to play a great match.

“We know there are going to be difficult moments, and we’ll have to be ready to suffer. But we will be ready because we have an extremely good state of mind, and it is the semi-finals in the World Cup. It is an opportunity in our careers and we have to grab it with both hands.”

Lloris has three Tottenham team-mates in the Belgium squad, and there will likely be a number of cases of Premier League club colleagues facing each other during the game in St Petersburg.

France boss Didier Deschamps said: “We know them, they know us.

“The peculiarity is there are many players on my team who have their own club team-mates facing them. So they know each other.

“It’s an advantage on both sides.”

In terms of familiarity, there is also the fact that Belgium have former France forward Thierry Henry working as an assistant coach under Roberto Martinez.

Deschamps, who was Henry’s captain in the French squad that won the 1998 World Cup, said: “Of course, it is a difficult situation, it really is not easy for him, and it does happen sometimes. You are part of the enemy team.

“He did know that from the time he was joining the management team and becoming an assistant to Martinez that that could happen. But on a personal level it is with great pleasure that I’m going to see him tomorrow.”

Goalkeeper Lloris, another former France team-mate of Henry’s, said: “It is true that it is a little bit peculiar to see him with the Belgian team, but that is his career and that is how he is learning his future career.

“I think his heart will be split tomorrow because before anything he remains French. (But) we know him, he has a lot of passion inside him, for football – and he will be with the Belgians and giving everything to help his team.”

Deschamps also said he expects to have a full squad to choose from on Tuesday.

“Nobody is out even though we rested four of our players today – that was a precautionary measure,” he said.

“Everyone should be operational for tomorrow.”