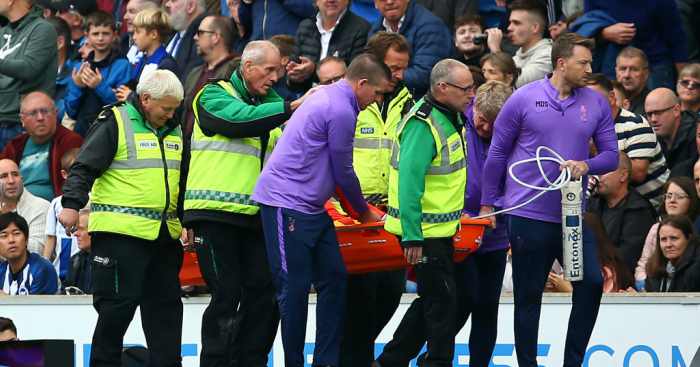 Tottenham goalkeeper Hugo Lloris had to be given oxygen after suffering a horrific elbow injury during their clash at Brighton on Saturday.

The goalkeeper dropped a routine Pascal Gross cross on his goalline before stumbling backwards, leaving Neal Maupay with a simple header to give Brighton the lead.

But Lloris fell awkwardly as he back-pedalled into his own net, with his left elbow twisting the wrong way as he landed.

It's a nightmare start for Spurs on the South Coast.

The World Cup winner visibly screamed in agony and was given oxygen on the field, leading to a lengthy as he was stretchered from the field and replaced by Paulo Gazzaniga.

The injury is the latest incident in a tough week for Tottenham, who were hammered 7-2 at home by Bayern Munich on Tuesday in the Champions League.