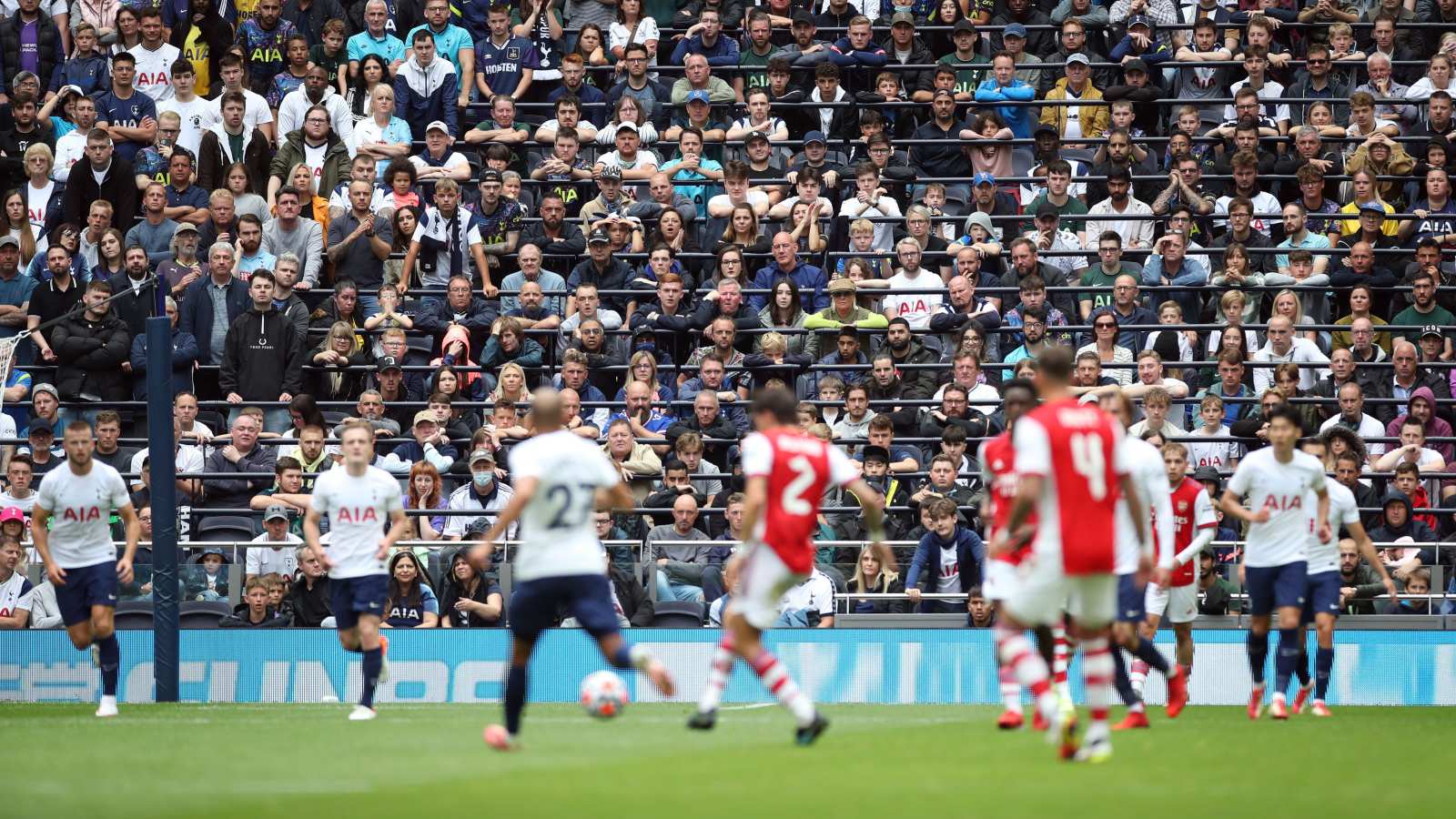 Liverpool’s 2-0 win over Everton on Sunday was quite hard work but also surely the most predictable win in the history of the Premier League’s three major local derbies (apologies in advance to fans of other silly little derbies, go right ahead and have your tantrums about not being included here in the comments) and that got us thinking, which is always dangerous.

Of the three – Merseyside, Manchester, north London – there really is only one that is about anything more than those admittedly all-important Local Bragging Rights. Only one where there is a meaningful rivalry outside the geographical. So we looked at some numbers and that half-baked initial thought was actually even more true than we thought. God bless Spurs and Arsenal and their ongoing commitment to absurdist banter, frankly.

A few striking things here. One is that Liverpool are (let’s be realistic, almost definitely) going to beat Everton by 50+ points for the second time in three years. Another is that this rivalry might not even be a Premier League thing next season. And third is a rejoinder to the idea that ‘the formbook goes out the window’ in these matches. On Merseyside, it is simply replaced by a derby-specific formbook in which Liverpool nearly always win the games at Anfield while Everton nearly always battle gamely to a point at Goodison.

But perhaps the most absurd thing in the context of these numbers is that the one Everton win – last season, at Anfield – was only 14 months ago and at that time not really much of a surprise. It truly was a very, very weird season. Everyone likes to asterisk 2019/20 – mainly just to wind up Liverpool fans in fairness – but 2020/21 is the freakish outlier. Klopp’s Liverpool finished behind Solskjaer’s United, for goodness’ sake.

Despite a couple of high-profile embarrassments, United have at least managed to keep the derby games themselves halfway competitive overall and scored a couple of unlikely Etihad triumphs along the way. Generally, though, the 10-year trend here is for United to appear deceptively close to their noisy neighbours on the table right up until you glance across at the points column where, with the notable exception of 2016 where nobody is looking below ‘1. Leicester’ anyway, a rather different story emerges. That is the only time in the last nine seasons that United have got within nine points of City, and this season has every chance of being the second with a gap of over 30 points.

Now that’s the stuff, isn’t it? Two teams who have been fully committed to banter for so long that they have effectively become identical. They are the Spider-Man meme in football club form.

If Spurs win the rearranged NLD in a few weeks, even the head-to-head will be dead level. If they don’t then Arsenal will probably make it five ‘wins’ apiece over the last decade on the league table, although there are definitely more twists and turns to come there from this pair of absolute jokers. Five times in the last nine seasons – and every chance that’s six in 10 when this one’s done – they’ve ended up within one game of each other points-wise in the final table, and this looks likely either way to be the fifth time in 10 they end up in adjacent finishing positions in the table. For the last decade there has never once been more than two other sides between them in the final reckoning and over very nearly 10 full seasons – 375 matches each – they are separated by a grand total of five league points. And, while City continuing to outperform United seems likely and Liverpool’s ongoing divergence from Everton almost certain, there seems absolutely no reason to think these two won’t be stumbling over the finish line with barely a crisp packet between them for many more years to come. The derby that beats all others specifically because both teams are good enough to matter without being actually good. Heroes the pair of them.