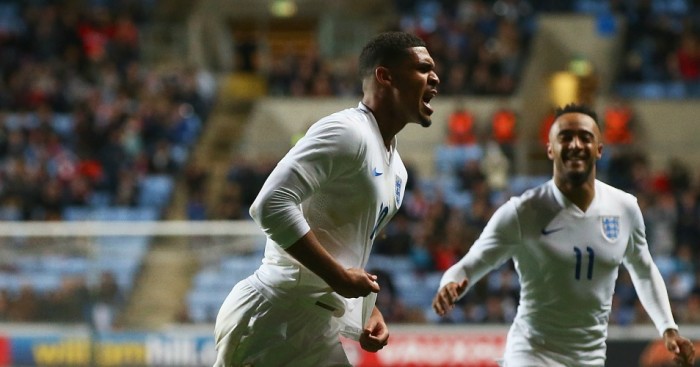 England U-21 boss Gareth Southgate claims Ruben Loftus-Cheek can force his way into Chelsea’s side.

The midfielder excelled as England strolled to a 3-0 Euro 2017 qualifying victory over a plucky but limited Kazakhstan side in Coventry.

He has played just 17 minutes of remier League action this season as the defending champions flounder but opened the scoring at the Ricoh Arena and was given a standing ovation when he was substituted late on.

Chelsea boss Jose Mourinho has refused to send the 19-year-old on loan and Under-21 chief Southgate believes Loftus-Cheek can challenge Oscar and Cesc Fabregas for a starting spot at Stamford Bridge with more impressive displays.

He said: “Ruben has been with the team (Chelsea) since the back end of last season and he is enjoying that experience. He knows he’s got to keep training well every day and if he keeps doing that and performing as he did tonight I’m sure he’ll get an opportunity.

“He is a very calm and level-headed boy. I don’t see any chance of him getting carried away and I have a feeling his club manager won’t let him do that and we’ll be the same. That will be a consistent message. Goals are something he has to add to his game if he is going to be in the number 10 role.

“He’s a very powerful player. His use of the ball and ability to ride challenges and manipulate the ball quickly is very special. He should be very pleased with what he’s done and hopefully he can progress that over the next few weeks with his club.”

Goals from Norwich’s Nathan Redmond and debutant Chuba Akpom, on loan at Hull from Arsenal, confirmed England’s dominance in the second half as they started their Euro 2017 qualifying campaign with two wins from two in Group Nine.