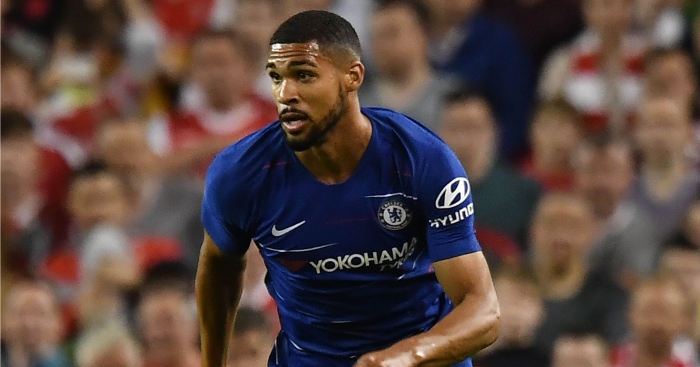 Chelsea midfielder Ruben Loftus-Cheek has revealed he has had to learn to walk again after rupturing his Achilles tendon at the end of last season.

The 23-year-old – who agreed a five-year deal at Stamford Bridge in the summer – suffered the injury playing for the Blues in a friendly against New England Revolution in May and is set to miss a large chunk of this season.

Loftus-Cheek, speaking publicly for the first time since his horrific injury, told soft drink company Wow Hydrate: “I have had to learn to walk again. As soon as I came out of my cast, I could barely lift my heel off the ground in a sitting position. To lift my leg up took maximum effort.

“The big side of injuries is the mental side of it, so I had to stay positive and keep the right mind set. Even a tweet or a message from a fan makes a big difference to me.

“I have actually had a few setbacks that have put me behind which has been quite frustrating. I have only just got pain free but for sure I am going to come back stronger, sharper and do whatever I can to be in better shape.

“When it happened I turned and pushed off and I heard a clap, it was really loud and I thought someone had smashed me from behind. The referee gave a free kick, he blew the whistle so he must have been close to me, but watching the tape back nobody was near me.”

“To be honest I did not leave my house much, especially as I have been on crutches. I have just been playing on my Xbox, I have been on holiday once, it was not great as my leg was in the cast so I could not swim and it was really warm.

“I have been at home with my mum, two brothers and my sister, they needed to look after me a lot, it was hard getting around in my cast. It was quite fun getting my sister to make me food all the time! My family have been fantastic through that period.

“With a big injury it is really hard, you do not see a difference everyday, you do not wake up and think it is a lot better every morning, it is over a period of time. It is more exciting the closer I get to making my comeback, the more I keep pushing I will be there soon.

“Before I got injured I was playing my best football. I have missed feeling tired from running, from hard work, that feeling of being in a game again. Everything I have been working towards is for the feeling of stepping back onto that pitch again and I am ready to go.”