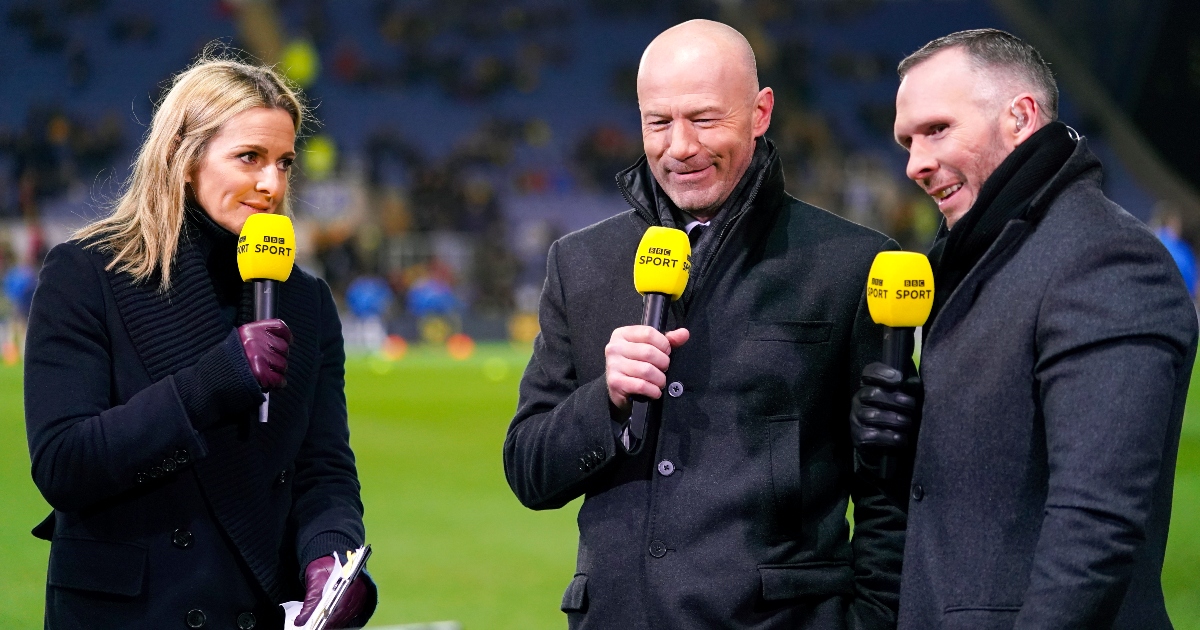 Gabby Logan admits she temporarily ‘fell out’ with Newcastle United during Sam Allardyce’s time as manager.

Logan is a lifelong Newcastle supporter and serves as a patron for the club’s foundation and has hosted the charity’s annual dinner on numerous occasions.

And speaking to Rick Edwards on BBC Radio 5 Live, she has discussed supporting the club during an underwhelming period.

“I fell out with Newcastle for a while a few years ago in the Allardici years,” Logan said (via ChronicleLive).

“We had gone from Sir Bobby Robson and things just felt so meh and we got relegated a couple of times.

“That actually helped to get my enthusiasm back because when you start winning in the Championship, you suddenly feel quite enthused again.

“So, now, I’ve managed to separate Newcastle from the rest because what’s going on at the top of the Premier League and the billion pounds that’s just been spent and [Cristiano] Ronaldo and all of that, it feels like a million miles away from what’s going on at St James’ Park.

“So I kind of separate the two and try not to get all of my happiness or joy from what the men in black-and-white do on a Saturday afternoon.”

Allardyce lasted eight months as Newcastle boss after taking charge in the summer of 2007.

The ex-England manager is currently without a club after leaving West Brom following their relegation last season. He was replaced by former Barnsley boss Valerien Ismael.

The 66-year-old was the first manager to be sacked by Magpies owner Mike Ashley.

And a lot has been said about Ashley’s relationship with current manager Steve Bruce.

Bruce has dealt with a lot of criticism during his time at St James’.

His previous employment with Sunderland, the way Newcastle have been known to play under him and the general discontent of the Toon Army have contributed towards his rocky relationship with the fans.

Their match against Watford on September 25 could a potential six-pointer, already.