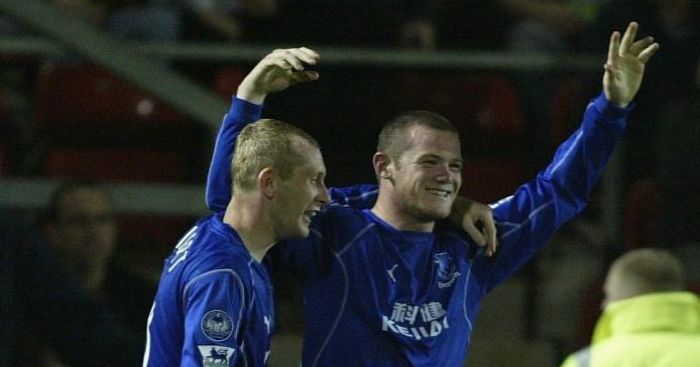 As part of the weirdest possible commemoration of Lucas Radebe on his 51st birthday, here are the first five of the only seven players in history to have played more Premier League games than the South African without scoring a single goal.

Radebe retired without finding the scoresheet in 197 appearances, with West Ham legend Steve Potts (202) and actual Premier League winner Danny Simpson (213) not too far ahead. But this quintet have a solid lead over the current top-flight player with the longest goal drought: Martin Kelly (153), who is 13th on the overall list.

Rovers had won the Premier League two years prior but Henchoz was under no illusions. And after 70 league games under Roy Hodgson, Tony Parkes and Brian Kidd, his “move to a big club” materialised upon relegation when Liverpool came calling.

Henchoz was too busy becoming a retrospective Irish legend by blocking Thierry Henry FA Cup final shots with his arm to even consider scoring at Anfield. He could even afford spells at Wigan in 2005 and a return to Rovers in 2006 without troubling any opposition keepers.

4) Richard Shaw (252 games)
Known now as the man who helped convert Aaron Wan-Bissaka from winger into accomplished full-back – not you, Big Sam – Richard Shaw similarly started his career at Crystal Palace before joining a European powerhouse for an eye-watering sum. Coventry paid £1m for his services in November 1995.

Shaw, Palace’s Player of the Year in 1994/95 and Coventry’s winner in both 1998/99 and 2001/02, did manage some league goals: three in his early years at Selhurst Park and one for the Sky Blues against Gillingham in May 2004. He was also the man who marked Eric Cantona out of a game to such an extent that he received a retaliatory kick, before Matthew Simmons kindly bid the Frenchman adieu.

3) Des Walker (264 games)
It is more than a little unfair to discount the solitary goal of Des Walker’s entire professional career on the grounds that it came in the old First Division, not the Premier League. But them’s the rules, so his equaliser against Luton on New Year’s Day 1992 matters not.

Walker did score an own goal in the 1991 FA Cup final defeat to Tottenham but across 310 appearances for Sheffield Wednesday, 264 of which came in the top flight, he never did find the net. A return to his Nottingham Forest home in summer 2002, three years after their last Premier League relegation, did nothing to change his record. Son Tyler Walker is ironically a solid striker plugging away in the lower leagues.

…is not an elite bagsman. Tony Hibbert was greeted with cries of ‘SHOOOOOT’ whenever he approached the halfway line in possession at Goodison Park but rarely did he oblige. The promise of some sort of riot upon the realisation of his dormant goalscoring exploits was, in fact, backed up by supporters during his testimonial. The right-back prompted a pitch invasion with his strike in a 4-1 win over AEK Athens in 2012, retiring four years later due to injuries presumably related to the strain expectation.

1) Kenny Cunningham (335 games)
But just look at that. Kenny Cunningham has a 70-game lead over his closest competitor. Save for a 39-year-old Hibbert responding to the inevitable call from David Moyes to venture out of retirement at West Ham, the current elite non-goalscorer will not be challenged for some time.

Cunningham did manage one career goal: during a five-year spell at Millwall in the late 1980s to early 1990s. But at Wimbledon and Birmingham, the Irishman once described as “the best defender in the Premiership” by Steve Bruce in September 2003 never made his mark at the other end in the top flight. To play over 30,000 minutes of Premier League football and not accidentally nudge one in off your arse from a corner is pretty admirable.