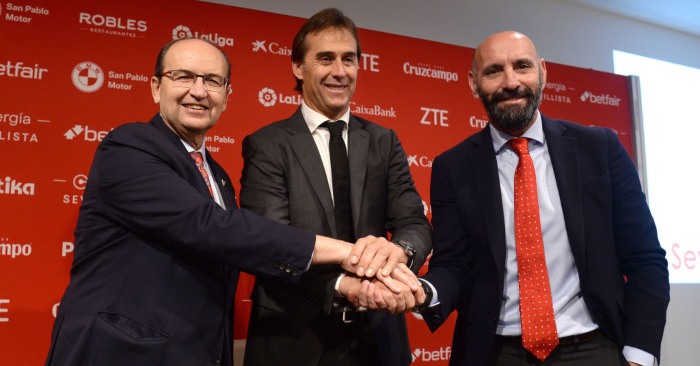 For all the anger that has gone before at Arsenal – mostly aimed in the direction of Arsene Wenger and majority shareholder Stan Kroenke – it seems that only now are the Gunners entering their lowest ebb. Frustration that Wenger would not spend big to regain their position at the top of the Premier League was commonplace until the Frenchman ended his 22-year reign as manager last year, largely because the money was allegedly there to spend. For whatever reason, his replacement Unai Emery has his hands tied; Arsenal have been pretty frugal in this summer’s transfer window again, only this time the money clearly is not there.

Widespread reports of a £45million transfer budget, a sum clubs like West Ham United and Leicester City are spending on individual players, has curbed any enthusiasm in the fanbase, and while it has not curbed interest developing in the likes of Crystal Palace winger Wilfried Zaha and Celtic defender Kieran Tierney, anger is fresh and being directed squarely at Kroenke. The belief is that a deal for Zaha can be done if Palace compromise on their £80million valuation, but whatever happens between now and the window’s closure on August 8, it will not be enough. Talented young Brazilian Gabriel Martinelli is their sole addition so far, but in truth their best signing had already passed them by before last season ended.

Keen to add a sporting director to the board – eventually hiring former midfielder Edu to the position – Arsenal made a play for Monchi, who was looking for a new challenge after his solitary season at Roma failed to live up to expectations. During 17 years at Sevilla, the Spaniard earned a reputation as a ‘transfer guru’ for his ability to consistently buy low and sell high, while keeping Los Hispalenses competitive.

In a world engulfed by financial muscle and dwarfing transfer fees, it is hard to keep that ideology going at all, let alone build an entire transfer strategy on its back, but Monchi cracked it like no other. Clubs like Real Madrid and Manchester United looked over at the Ramon Sanchez Pizjuan in envy as Monchi made Sevilla a huge player in European football, regularly qualifying for the Champions League and winning three Europa League crowns alongside Emery between 2014 and 2016. Ivan Rakitic, Carlos Bacca, Dani Alves and Alvaro Negredo are just a few who have seen their values skyrocket after moving through the Andalusian conveyor belt.

Moving to the Emirates Stadium and reuniting with Emery seemed to make sense, but two years after his departure, it was announced that Monchi would be returning home. Only the Arsenal hierarchy will know whether the reason for targeting Monchi was directly linked to the comparatively meagre funds available for signings, but there was certainly logic behind the approach. Since re-entering his old office, he has signed ten players to improve the first-team squad for £100million, saving £42million on their valuations – according to German website Transfermarkt.com – and recouping a similar figure through sales.

Jules Kounde and Diego Carlos (who both impressed in Ligue 1 with Bordeaux and Nantes respectively), Red Bull Salzburg’s Israeli striker Munas Dabbur (who shot to fame helping the Austrians to the Europa League semi finals in 2018) and Luuk De Jong (fresh from reinventing himself at PSV Eindhoven following an ill-fated loan spell at Newcastle United five years ago) are among those to arrive. Pablo Sarabia, Quincy Promes and Luis Muriel have all left the club.

Monchi’s methods rely on one of two factors: prospective signings must possess untapped talent and need a stage – like Dabbur, Kounde, Carlos and Eibar’s Joan Jordan – or need their reputation mending after their stock has fallen dramatically, such as De Jong. Perhaps a better example of the latter is their latest signing: Oliver Torres. After coming through the academy system at Atletico Madrid, Oliver was seen as a precocious talent, more in the mould of Barcelona than Diego Simeone’s physical and brutal Colchoneros. The future was bright, but gradually – after spells at FC Porto and Villarreal – his star began to fade. But at the age of just 24, there is plenty left in the tank. Monchi, convinced he can resurrect his career at Sevilla, shelled out just over £10million to bring him in from Portugal, his residence since 2017.

There aren’t many clubs who can make a success out of being a selling club, purely because once the great finds dry up, the whole idea falls down. Southampton built a similar model in the Premier League, but the train has since stalled. The difference here is Monchi and his incredible ability to be so consistent. Yet, as he showed at Roma, things don’t always work out; there are certain limitations to his approach, and it doesn’t necessarily suit the elite clubs. Sevilla do not paint themselves as a club ready to challenge at the very top of La Liga against Real Madrid, Barcelona and Atletico, all of whom have spent over £100million on a single player this summer. They know what they are and stick to that model, allowing Monchi to work alongside the coach Julen Lopetegui, another wounded animal after a scarring experience at Real last season.

Whether Monchi’s skills would have been immediately transferable to north London is a question for the ages, but right now they are a club in a very similar situation to Sevilla, looking in on their rivals spending huge money to widen a gap that already looks like a chasm. This will be their third year in succession without Champions League football, and the funds to propel them back into the fold simply aren’t there. Monchi’s approach would have been perfect; in the end, though, Arsenal’s loss has been Sevilla’s gain.