Home Mediawatch Look at the ‘modest impact’ of ‘struggling’ Rangnick 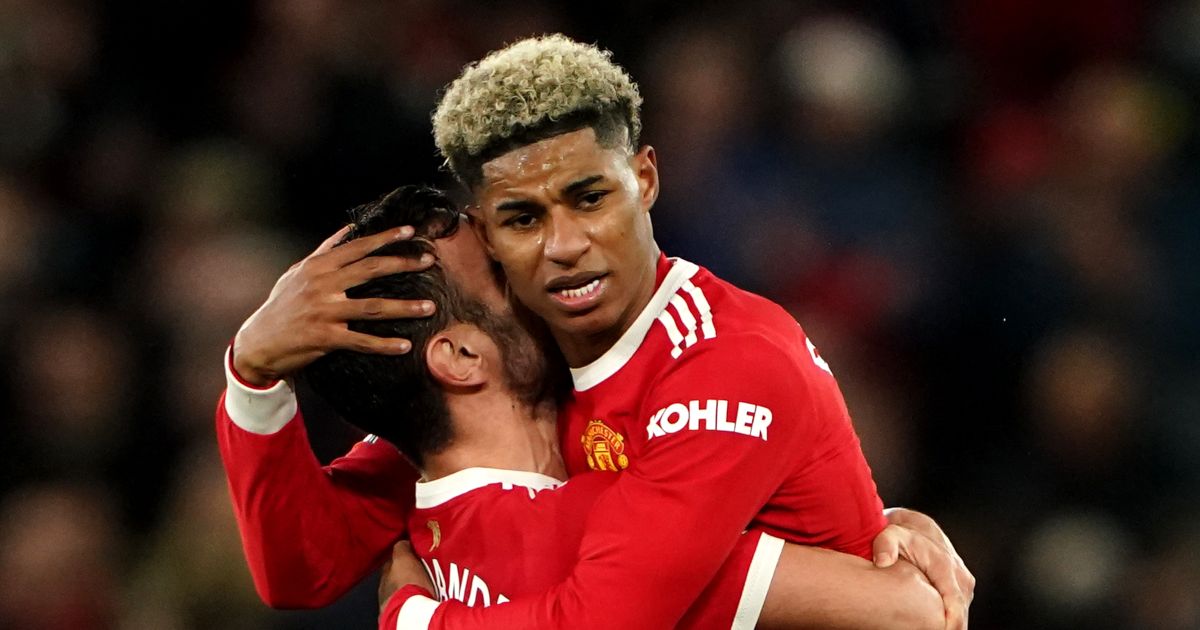 Manchester United will not appoint Ralf Rangnick because of a defensive record which happens to be excellent. FFS.

No defending the indefensible
As we enter an international break without even the mild distraction of England, Manchester United and Chelsea refused to do the decent thing and propel themselves into a crisis. United beat West Ham 1-0 to move into fourth despite Ralf Rangnick being too weak for this management lark, while Chelsea squashed Spurs for the third time in as many weeks to push themselves ten points clear of fifth. Spoilsports.

So where do the media go from here? Well, if you are the Mirror website, you go full batsh*t nonsense in a desperate attempt to garner those precious Manchester United clicks.

This, ladies and gentlemen, is the top football story on the Monday morning following Chelsea’s 2-0 win over Tottenham:

Has Erik ten Hag spoken publicly about Manchester United? Has he f***.

So what ‘move’ is he making? Well, let’s have a gander…

‘Erik Ten Hag’s stunning defensive record at Ajax could edge him into pole position to pip Ralf Rangnick and Mauricio Pochettino to the Manchester United job in the summer.’

And that’s it. That’s the sum total of the gist of this ‘story’. The ‘move’ that Ten Hag is cleverly making is to coach Ajax – a team playing in an inferior league – to concede fewer goals than Manchester United. That this point is being made when Ajax have won their latest game 2-1 the day after Manchester United won 1-0 is an irony entirely lost on the Mirror, who plough on regardless. After all, they already have our click by pretending that Ten Hag has done anything at all to ‘put himself in front of Ralf Rangnick’.

‘While Rangnick has struggled to get a tune out of United’s squad since he was installed on an interim basis, Ten Hag is flying high at the top of the charts with Ajax.’

‘Struggled to get a tune’? The performances might not have been extraordinary, but Rangnick has picked up 17 points from eight Premier League games in charge of Manchester United. And quite importantly, United have conceded just six goals in those eight games. After eight previous games in which they conceded 19 goals, that’s quite an achievement. It’s definitely a bloody tune, even if it’s a slightly dull tune.

‘And the case to plump for Ten Hag in the summer seems to be growing on a weekly basis given Rangnick’s modest impact at United.’

This Manchester United side lost 4-1 to Watford two months ago and after a 1-0 win over West Ham to go fourth, we are talking about a ‘modest impact’.

‘Meanwhile, Ajax are currently sitting pretty at the top of the Eredivisie as they bid to clinch their fourth consecutive league title.

‘And they moved a step closer to doing that by clinching a huge 2-1 win away at title rivals PSV Eindhoven on Sunday – with PSV’s goal only the fifth that Ten Hag’s side have shipped in 20 league games so far this season.’

That is impressive but it’s the Eredivisie; Ajax have shipped five goals in six Champions League games this season. Comparing goals conceded by the best team in the Netherlands with the fourth-best team in the Premier League is a fool’s errand. Ten Hag is an excellent manager for many, many reasons, but his defensive record in charge of Ajax in the Eredivisie is far from the most compelling one.

‘Although that is a particularly impressive feat, it’s one that only highlights United’s horrific defensive frailties.

‘United have conceded a staggering 30 goals already this season from just 22 games. In the top half of the Premier League, only West Ham (31) and Leicester (37) have shipped more goals than United’s sorry tally.’

And since Rangnick took over said Manchester United with their ‘horrific defensive frailties’, only Arsenal and Wolves have conceded fewer goals. And that really does seem relevant when comparing two managers.

‘Given Ajax’s stunning defensive record, and United’s abject one, it feels almost inconceivable that the appointment of Ten Hag would almost automatically boost United’s prospect of shoring up their leaky backline.’

‘And United’s inability to shut teams out is likely to seriously hamper Rangnick’s chances of landing the top job at Old Trafford on a full-time basis.’

Ralf Rangnick might not be the best choice for the permanent manager’s job at Manchester United but he will likely to be ruled out because he does not meet the club’s criteria, not because United shipped a shedload of goals against Watford under Ole Gunnar Solskjaer while Ajax were keeping a clean sheet against RKC Waalwijk.

Backing the winner
Over in The Sun, Neil Custis has decided that he might need to back the winner so he is writing that ‘there is every argument to keep’ Rangnick as manager beyond the end of the season if Manchester United are in fourth. We are told that Rangnick has ‘expertly’ coaxed goals from Marcus Rashford, that his ‘calming influence’ has been exactly what was needed at United and that he has been a ‘breath of fresh air’.

Which is lovely, especially as it comes just 19 days since ‘SunSport can reveal a number of stars feel certain senior team-mates have too much sway with interim boss Rangnick on big decisions’, while ‘behind the scenes, the German has a reputation for being aloof and overconfident’ and he was ‘battling a dressing-room rift which threatens to completely derail Manchester United’s season’.

What we said then still stands now: We suspect that, as ever, the truth lies somewhere in the middle. But the middle ground is not fertile land for narrative.