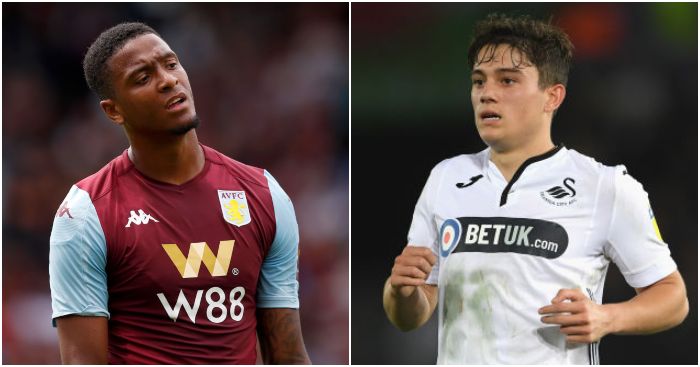 No club better epitomises the trend than Derby County. As losing play-off finalists, they had more hope than most of promotion this season and so more incentive to spend in pursuit of that goal. They also appointed a new manager, which normally precipitates a period of high-level investment to sculpt a squad in his image. Having returned Fikayo Tomori, Mason Mount and Harry Wilson to their Premier League parent clubs, there were holes in the squad that begged to be filled. Finally, Derby have a history of expenditure: approximately £70m spent (£30m net) on new players since June 2015 is huge for a second-tier side.

But when Phillip Cocu addressed the media last week, he downplayed the likelihood of new signings and instead talked up an intention to bring through academy talent.

“To develop players is very important for the philosophy we have – to try to make a plan for each individual player to make it possible to reach the first team,” Cocu said. “The first team as well needs to be competitive as we try to get into the top six with the Premier League a goal, but not necessary in the first season. The bigger picture is about the football we play and the development of individual players.”

Derby owner Mel Morris sung from the same hymn sheet. He insisted that money was available, but pointed to an academy that was producing potential first-team talent and spoke of a wholesome desire not to block pathways that comes straight from the England DNA. Morris ended with his most significant admission: “We will still be very prudent and be targeted in what we do. We are not looking to have a big spend this summer but we will make sure Phillip has a squad that will be competitive this season.” So far, Derby’s only summer arrival is midfielder Graeme Shinnie on a free transfer from Aberdeen.

Morris and Cocu may well have decided upon a new strategy purely because they believe it gives them the best chance of survival. After all, spending didn’t lead them to the Promised Land. It merely created on-field expectation that the club failed to meet. It cost Steve McClaren (twice) and Paul Clement their jobs, and persuaded Gary Rowett to seek a new challenge at Stoke City where he promptly fell foul of the same principle.

But Derby reflect a wider theme. With a week until the new season begins, eight of the 24 Championship clubs are yet to pay money for a single permanent signing this summer. The numbers are stark. Last summer, Championship clubs spent a combined £201m. The current figure this summer is £66m. Even with a likely late splurge, the total will fall well short.

In summer 2018, 49 players joined Championship clubs for fees of £1m or more; that’s down to 22 so far this summer. Of the nine players signed for more than £3m, Brentford account for four. They were funded by the sale of Ezri Konsa to Aston Villa for £12m.

At first glance, this is a necessary reaction to the wild overspending of seasons past. At the last count, Championship clubs made a combined operating loss of £510m, entirely unsustainable for those unfortunate or incompetent enough to miss out on promotion. More telling still is that for every £100 earned by Championship clubs, £98 is spent on wages. That extraordinary overspend doesn’t even include transfer fees.

Birmingham City’s nine-point deduction last season was timed (almost deliberately so) to keep the club safe from relegation to League One, but it seems to have spooked owners across the division who had previously been unsure whether the EFL had the teeth to dole out such strong punishments.  Birmingham had incurred losses of approximately £49m between 2015 and 2018, £10m above the allowed figure.

Only a minority of Championship clubs are in serious imminent danger of breaking FFP regulations, but that is partly due to creative accounting strategies that involve selling stadia to umbrella companies of the owners (Sheffield Wednesday and Derby) and sizeable loans from owners to the club to facilitate player investment. Sustainability is a distant concept.

Even so, it does seem odd that Championship clubs would choose potentially the most open season in years to make their cutbacks. Neither Huddersfield Town nor Cardiff City strike as obvious candidates for immediate automatic promotion, and at Fulham Scott Parker is a managerial novice in charge of a club that has lost seven players, is likely to lose more and has not yet made a permanent signing. Leeds seem weaker than last season, Derby’s parsimony has been noted and there are few clubs making obvious cases directly below them. Stoke and Swansea, relegated in 2017/18, remain in a state of flux. If there was one season when spending might ordinarily hope to pay off, it is 2019/20.

So perhaps this edifying new approach lies not just in cost-cutting for financial reasons, but sporting. Last summer, Norwich City and Sheffield United didn’t spend big. Sheffield United identified a player in John Egan who manager Chris Wilder believed could fine-tune his ingenious 3-4-1-2, centre-backs-bombing-on-like-wing-backs tactic. Norwich relied upon an effective scouting system that landed them Emiliano Buendia, Moritz Leitner and Teemu Pukki for a combined £3m. Both clubs kept faith in their managers.

Norwich and Sheffield United spent £8m between them last summer, roughly half what Nottingham Forest paid Benfica for Joao Carvalho. The midfielder found himself marginalised by Martin O’Neill after yet another change of manager. Norwich and Sheffield United finished 28 and 23 points clear of Forest respectively. In short, the two clubs who deliberately took on the role of antidote to Championship spending culture were the division’s most emphatic success stories. Others might naturally look to follow suit.

This is all bad news for those supporters who define the success of their team’s summer by the number of players signed, a very real obsession for some that can be judged in the countless replies to journalists asking for precious news on potential arrivals. This is the culture of ‘just three more’.

But it can only be good news for the Championship as a sustainable competition. Rather than the home of former Premier League players on high wages and clubs clambering after a shot at promotion whatever the cost, the Championship should pride itself on player development and academy talent. Being the natural habitat for players with ambitions of grandeur is a sign of strength, not weakness. Konsa, James Maddison, Daniel James, Che Adams, Lloyd Kelly, Chris Mepham, Josh Murphy and David Brooks have all been sold to the Premier League for fees of £10m or more in the last two years.

It also makes for a fascinating 2019/20 in a division potentially undergoing a hard reset. While a few clubs continue to spend and amass vast squads, others are opting for a long-term, holistic approach. Only in May will we see which of these two disparate ideologies of club management wins out, but it’ll be bloody fun finding out.