Home All The News Looking for a manager? Tim Sherwood is available… 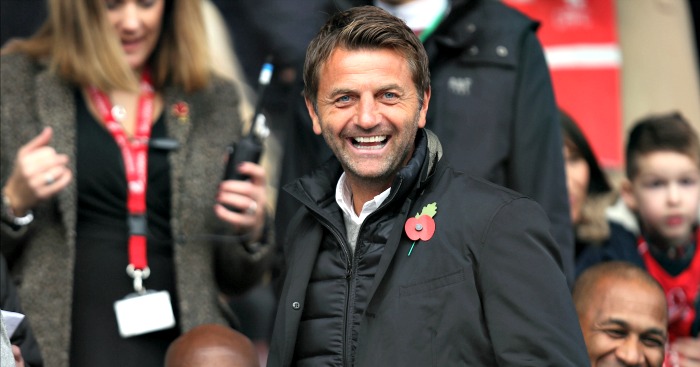 Former Tottenham and Aston Villa manager Tim Sherwood has left Swindon following their relegation to the bottom tier of the English Football League.

Sherwood was appointed director of football at the County Ground last November, brought in by owner Lee Power, a long-standing personal friend.

Yet Swindon sank into Sky Bet League Two and Power confirmed on Wednesday, when presenting new manager David Flitcroft, that Sherwood has departed.

And his response was similar regarding the club’s director of football role.

Sherwood was handed the role, with a view to identifying players that could bring success to Swindon. In April he said he was not being paid for his involvement.

Several new faces arrived in January but the changes failed to have the desired effect, and head coach Luke Williams left in May after Swindon finished 22nd in League One.

Power said of Swindon’s shift in direction for the new campaign: “I just think we needed a change. It was a different set of circumstances. I just felt that with the way that things went last season it’s getting harder and harder to take these loans and find these young players.