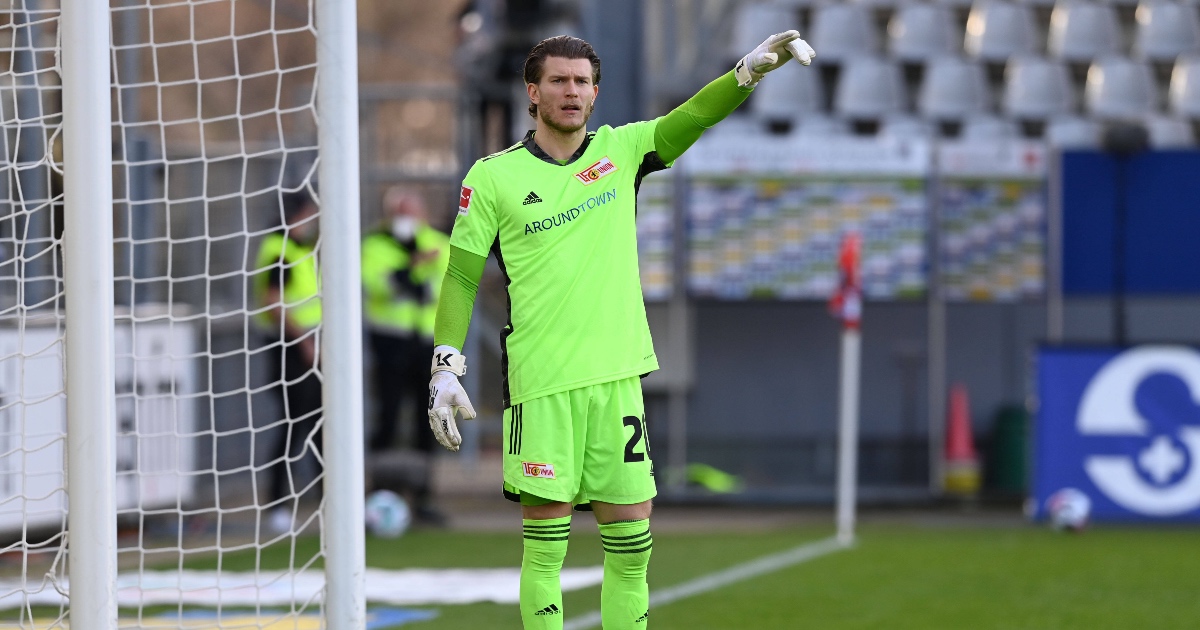 Liverpool keeper Loris Karius is keen to spend the final season of his Reds contract on loan with Union Berlin.

The 27-year-old is on loan in the German capital after falling out of favour under Jurgen Klopp at Anfield.

He was at fault for two of the goals scored in Real Madrid’s Champions League victory over Liverpool back in May 2018.

FEATURE: From bit-part to centre stage: Six key fringe players for the run-in

Ever since then, his career in the Premier League has looked pretty much over.

When asked about extending his spell with Union Berlin, Karius told Sport Bild (via Goal): “I still have a contract with Liverpool until 2022. But of course I can imagine staying in Berlin if everything fits.

“I’m not just passing through here. The mentality of the people and the spirit of the team are good for me.”

If Karius were to extend his loan deal for another season it would see him avoid an awkward Liverpool return.

The shot-stopper would be able to join Union permanently once his contract with the Reds expires in June 2022.

He’s started four of their last five Bundesliga matches and kept a clean sheet during the recent win over Freiburg.

Union see Karius as an effective backup for current number one Andreas Luthe. The 33-year-old has kept Karius on the bench for most of the campaign but had to take special leave recently, missing three matches.

Klopp and Liverpool solved their keeper nightmare by signing Alisson Becker for £67million in July 2018.

The Brazilian international was the world’s most expensive keeper at the time but has since proved his worth.

He played in the 2019 Champions League final as Liverpool beat Mauricio Pochettino’s Spurs.

He also recorded an impressive 15 clean sheets last season as the Reds won their first ever Premier League title.

Alisson’s backup is Adrian, a keeper not without his faults.

But Karius is surplus to requirements and looks set to leave Liverpool without even returning.