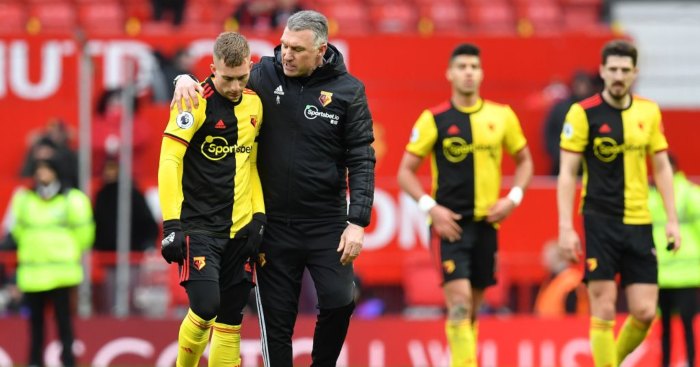 Nigel Pearson called it a “frustrating day” as his Watford side lost 3-0 to Manchester United at Old Trafford.

It was a far better performance from United than the one at Vicarage Road two months ago, when Ole Gunnar Solskjaer’s side fell to a 2-0 loss as Nigel Pearson started life at the helm with a bang.

Watford were far from that standard, although they saw a Troy Deeney equaliser ruled out as Craig Dawson was adjudged by the video assistant referee to have handled.

“It’s a frustrating day in the sense that, when you play the bigger clubs, it’s very important that when you create chances or have opportunities, you do everything you can to take them,” Pearson said.

“We didn’t take the chances we had early in the game. I think our attempts to press them high up the pitch caused them a few problems in terms of frustrating them at times.

“I think we were a bit annoyed with ourselves to come in 1-0 down because we had some good chances and showed decent discipline in terms of our shape, but from an attacking situation, we’ve been countered and conceded a penalty.”