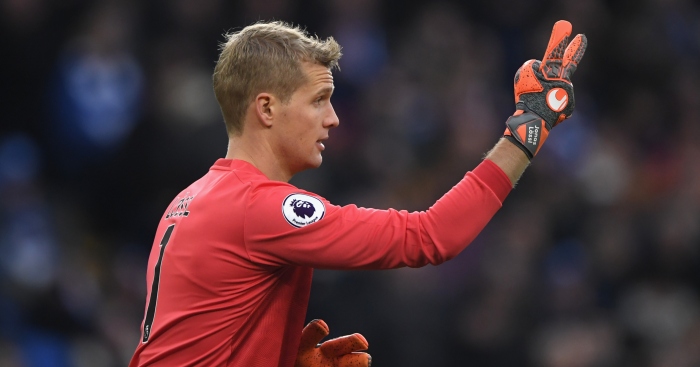 Wagner ended a spectacular three years in charge when he left by mutual consent last month and fellow German Jan Siewert has taken on the daunting task of preserving the Terriers’ Premier League status.

“I do think that since David and the club’s mutual decision to split up, I think they also agreed that something had to change, that we had to try something to save this,” Lossl said.

“I’ve had the question before to compare the two managers and always said out of respect for both of them I wouldn’t because what David did for this club and also for me personally, I have the biggest respect for him.”

The Terriers survived their first campaign back in the top flight for 45 years, but have found it even tougher this season.

Wagner departed after nine defeats in 10 league games had cut them adrift at the foot of the table.

Siewert will take charge of his third game at home against Arsenal on Saturday after successive defeats to Everton and Chelsea in his first two matches.

Huddersfield are now 13 points from safety with 13 games left, but Lossl scoffed at the notion that they were already doomed to relegation.

“I laugh a little bit because I still believe,” the Denmark international said. “Don’t write us off yet, we still have a chance and we will go 100 per cent for that.”

When asked why he felt Town still had a chance, Lossl said: “The squad, the lads, the club, the support we get.

“The things this club has achieved now for the last few seasons has been extraordinary.

“The new manager has come in with a big bunch of energy, which has affected the team somehow. I think there’s a good spirit, definitely.

“Everybody’s together in this project of keeping us up right now.

“Personally I just want to give everything because we still have a chance and we will fight with everything we’ve got for that chance.”

Lossl said the Terriers’ fans still had a huge role to play.

“I haven’t experienced before fans being this loyal,” he added. “They have shown immense character all the way through.

“My feeling is the fans feel the same as I do. We cherish the games in the Premier League.

“We’re going to play a fantastic game now and everybody I think is going to enjoy that, playing against Arsenal as Huddersfield.”