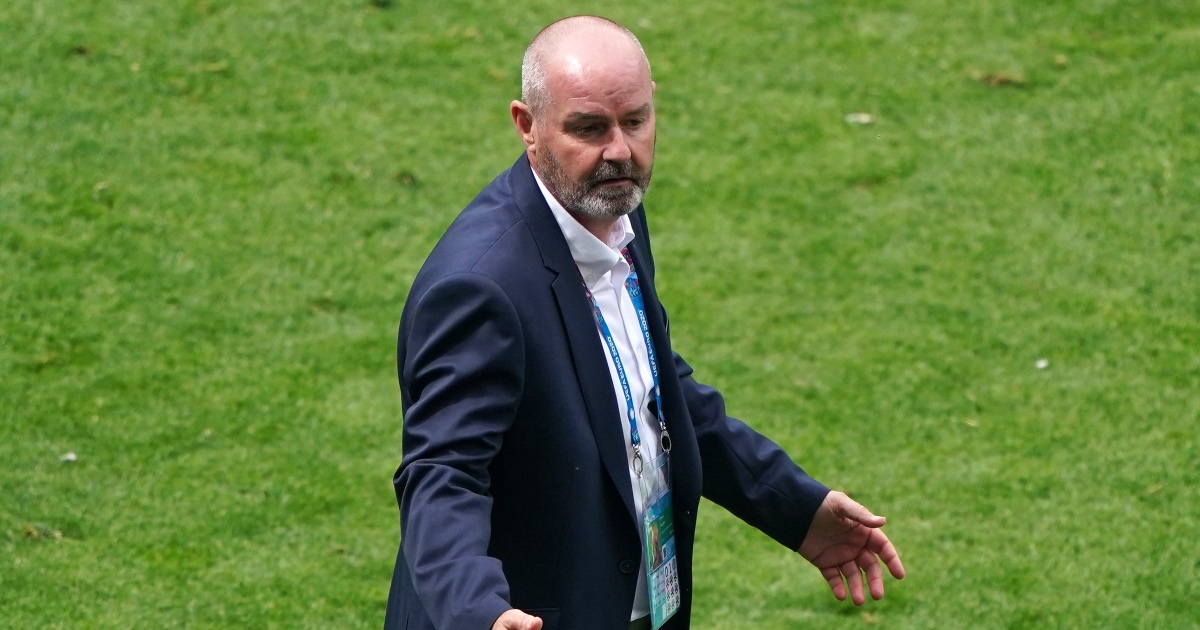 Scotland manager Steve Clarke believes the 2-0 defeat to the Czech Republic can be a ‘learning experience’ for his side.

Andy Robertson captained the Scots in their first major tournament game in 23 years.

But it ended in defeat as Czech striker Patrik Schick decided the fixture.

He opened the scoring shortly before half time at Hampden Park.

West Ham defender Vladimir Coufal did well to get a cross in from the right, which was met with a powerful header from Schick.

Schick made it 2-0 just minutes later. He spotted David Marshall off his line and proceeded to score with a brilliant long range effort on his left foot.

Scotland probed for the rest of the second half, although they couldn’t secure a comeback. Lyndon Dykes saw his chance at the back post saved well by Vaclik.

Speaking after the defeat, Clarke said: “We’ll go back to base camp, lick our wounds for 24 hours and then we’ll be ready for the game on Friday.

“It’s a good learning experience, we didn’t come here to learn but you still have to learn your lessons. We played some good stuff, although we could have been a bit braver on the ball.

“We didn’t work enough to get behind them in the first half, there are lots to learn from everybody.”

Southampton midfielder Stuart Armstrong added: “It’s a tough one, we need to learn from what happened and make a few little tweaks. There were some positive moments and we need to carry that through to Friday. A clean slate, it’s a big one.

“We have two chances to produce good performances and get something from them. It’s about analysing what went wrong but not dwelling on it. The games come up quickly.

“We have been trying to focus game-by-game, now we can look forward to what is a very big occasion. The whole country will be behind us and we need to produce a performance to match.”

Scotland’s next game is against rivals England on Friday at 20:00.