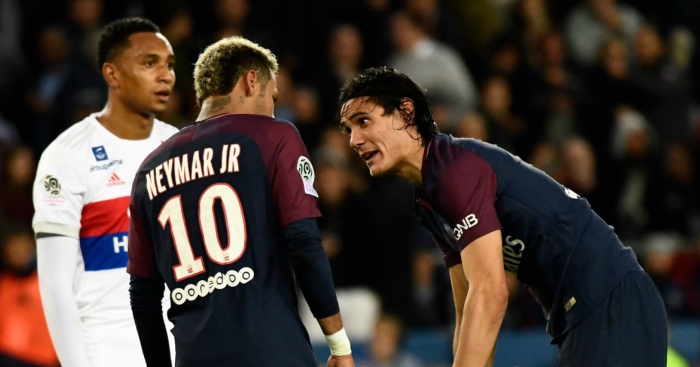 Saha, who played for United for five years, believes United need to strengthen their squad next month and he thinks the addition of Paris Saint-German forward Cavani would push Anthony Martial and Marcus Rashford to greater heights.

Ole Gunnar Solskjaer is light in attack having opted to allow Romelu Lukaku and Alexis Sanchez to join Inter Milan during the summer.

Martial is currently injured, which meant 18-year-old Mason Greenwood was handed his first Premier League start of the season in the win over Tottenham.

Solskjaer has hinted that he is chasing new additions in January and he told Sky Sports in October that he was open to add some experienced players.

“January is a difficult window, anyway,” he said. “But if there are players available and at the right price, I’m sure we will spend.

“There might be some experienced players who can come in and help the younger players – that might be worth the money.”

And Saha is convinced Uruguay ace Cavani – who United have been linked with in the past – would be perfect for Solskjaer.

“Manchester United are the Premier League team that need to strengthen the most in January and they should look at signing Edinson Cavani from PSG,” Saha told Bwin.

“They need to bring in players to challenge the existing players and create competition; Cavani would push Rashford and Martial and make them even better.

“Sir Alex [Ferguson] didn’t like signing players in the January transfer window but times are different now; United need to strengthen sooner rather than later.

“I would love to see Cavani join the Premier League; he would be a great signing for Manchester United.”

The former striker also believes Borussia Dortmund star Jadon Sancho, who is understood to be a target for United, would be an ideal recruit for United, along with Barcelona’s Samuel Umtiti.

“I’d also love to see Dortmund’s Jadon Sancho or Barcelona’s Samuel Umtiti; they would both fit right into the Premier League,” added Saha.