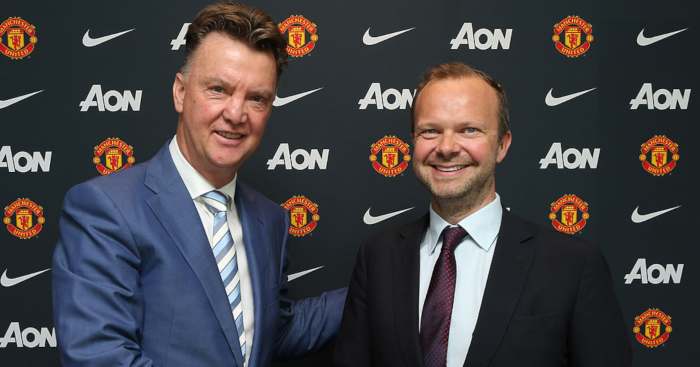 Louis van Gaal has blamed Man Utd executive vice-chairman Ed Woodward for his sacking at the club and labelled him an “evil genius”.

The Dutchman won an FA Cup in his final match in charge of Man Utd after leading them to fifth and fourth-placed finishes in his two years in charge between 2014-2016.

Speaking in June 2019, Van Gaal said that his successor Jose Mourinho was appointed from a “commercially-driven perspective” as Woodward knows nothing about football.

And now Van Gaal has called Woodward an “evil genius” and points the finger at him for his dismissal from Old Trafford.

“I blame Ed Woodward, my CEO at Manchester United, much more than Mourinho,” Van Gaal told the Een-tweetje met Yves podcast. “In my view, Woodward is the evil genius.”

On talks with Tottenham before joining Man Utd, Van Gaal added: “Daniel Levy went to my house here in Noordwijk and left in the trunk, because Jack van Gelder [a local journalist] was outside”.

“It took a long time and he actually gave Manchester United the opportunity to make an offer.”

In a separate interview on his future, Van Gaal told Dutch TV show VTBL: “I am a pensioner now. I have no ambition to be a technical director or a TV pundit.

“My wife Truus gave up her job for me 22 years ago and followed me when I went abroad. I told her I would quit as a coach when I turned 55, but instead kept going until I was 65.

“She is entitled to have a life with me outside of football. I can say she is very happy. I think I could have worked as a technical director.”