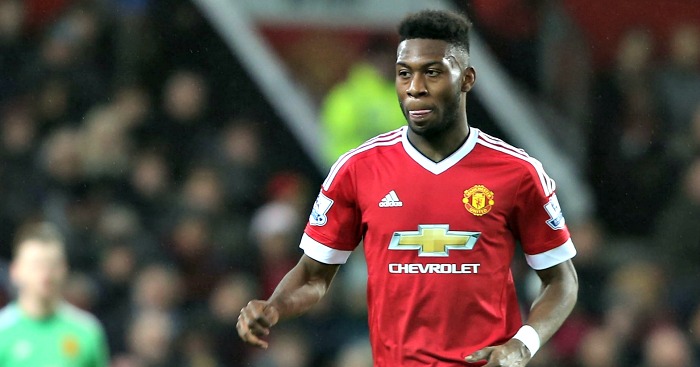 Fosu-Mensah made his United debut as a substitute in the 3-2 victory over Arsenal last Sunday, and the Dutchman was handed his first start by Van Gaal in the 1-0 win over Watford on Wednesday.

The Dutchman was booked after 23 minutes against the Hornets, but recovered to put in an excellent performance, making three tackles, one interception and four clearances as he thwarted Odion Ighalo and Troy Deeney at Old Trafford.

The 18-year-old has been thrust into the first team due to United’s injury issues, but Van Gaal was impressed with his countryman.

“I gave compliments to my players because it is not so easy to win these games because Watford pressed us very high and we gave the ball away. Because of that they had several chances,” said Van Gaal.

“But Timothy has saved us three times I think because of his speed and I was very pleased he was on the pitch. I let him stay on the pitch in the second half because we was the player who always closed the door for us.

“I think he is a better full back than a central defender but he is from origin at Ajax always playing right centre midfield or right centre half. This is his position.

“But he has to play against (Watford striker) Ighalo who is a handful for a centre half. He did it fantastically and certainly when he gets a yellow card after 20 minutes then it is not so easy to play against a striker like Ighalo or Deeney. He was very good.”