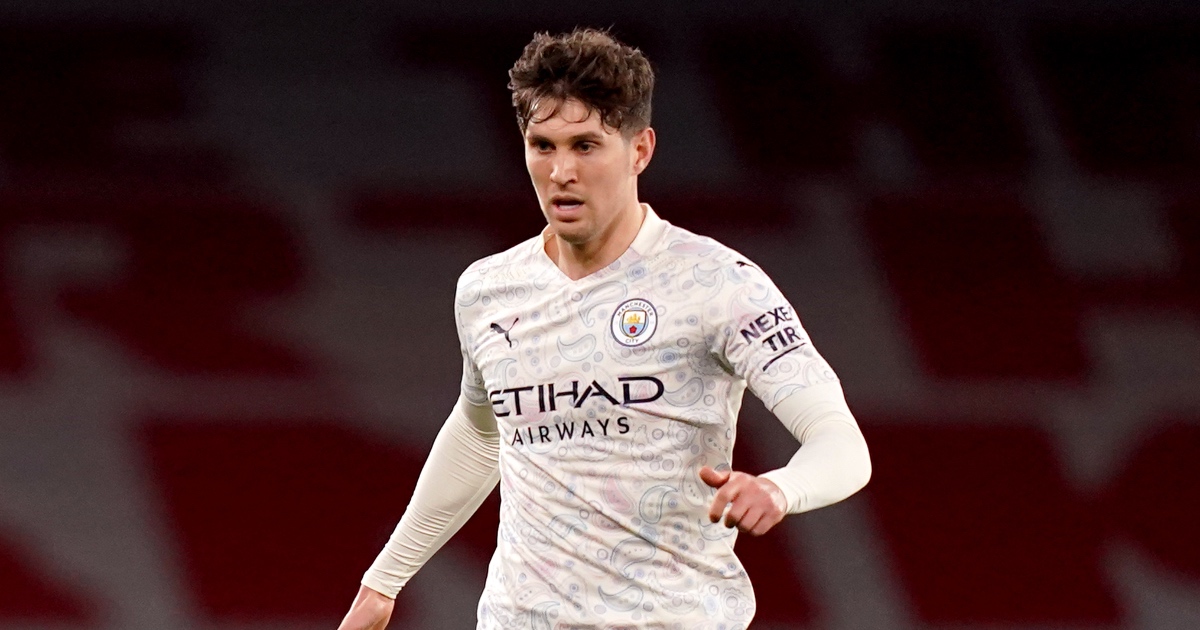 Stones secured a move to the Etihad in August 2016 after impressing with Everton.

They paid £47.5million for his signature, making him one of the most expensive defenders in history.

FEATURE: Twelve daft excuses given by Klopp for Liverpool’s failings

Van Gaal, who managed United between 2014 and 2016, has now revealed that the club were hoping to sign Stones.

He said (via Metro): “John Stones is back to his very best. I remember seeing him as a young defender – I thought he was fantastic and blessed with a great personality.

“This was the reason I wanted to sign him when at Manchester United. I would’ve loved it if he came, but he chose Manchester City.

Stones has been in great form alongside Ruben Dias this season.

The pair have been likened to legendary United duo Nemanja Vidic and Rio Ferdinand.

Their impressive performances in defence have helped Guardiola’s men to go 17 matches unbeaten.

City have won their last 13 league matches, sending them ten points clear at the top of the table.

Their most recent win was a predictable 1-0 victory over Arsenal at the Emirates.

Raheem Sterling scored the winner in the second minute, with the Gunners unable to offer a reply.

Stones’ City career looked to be in ruins last season. He suffered multiple injuries and failed to show the talent that was first on offer at Everton.

Alongside Dias, however, he looks like a more assured centre-back and is now in the running to make England’s European Championships squad.