Former Man Utd captain Rooney announced in 2019 that Van Gaal is the “best coach” he has worked with. 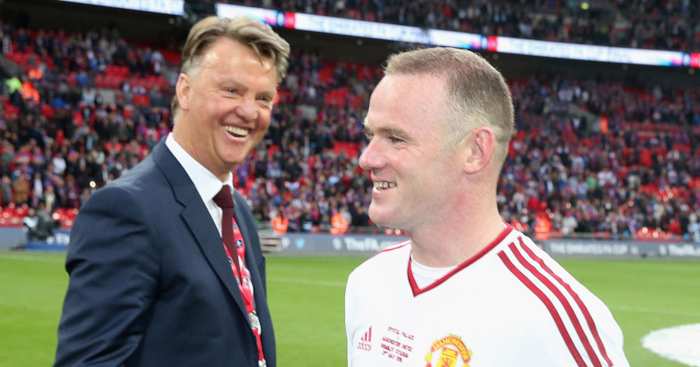 Louis van Gaal has responded to Wayne Rooney’s claim that he is the “best coach” the former Man Utd captain has worked with.

The former England international won five Premier League titles and a Champions League under Sir Alex Ferguson at Man Utd, while he won just an FA Cup with Van Gaal.

Despite rumours of bust-ups between Ferguson and Rooney, it still came as a big surprise in 2019 when Rooney announced that he sees Van Gaal as the “best coach” he has worked with.

“Van Gaal is by far the best coach I have worked with – one hundred per cent,” Rooney said at the time.

“His tactical skills, his way of preparing and his attention to the finest of details, I found amazing. I admired that in him. I had never looked at stuff like that before.

“Van Gaal knows that the way he works is tough for players. I made him aware of that at the time and we talked about this very well together.

“I regret how it all ended, yet I know one thing for sure – I have learnt a lot from him and I am definitely going to use those lessons for when I am a manager.”

Van Gaal was grateful to hear the comments and says he gave Rooney the captain’s armband to improve his discipline.

“Those things were really great to read,” Van Gaal told FourFourTwo. “I’ve also been a very demanding coach, so if players still say those things about me, it’s particularly nice.

“I gave Wayne the captaincy to keep him within the team’s discipline and code of conduct, which he struggled with on occasions.

“A new period was dawning and he was one of the older players, so I thought that it could have a positive influence on him. And he was an outstanding player, of course.”