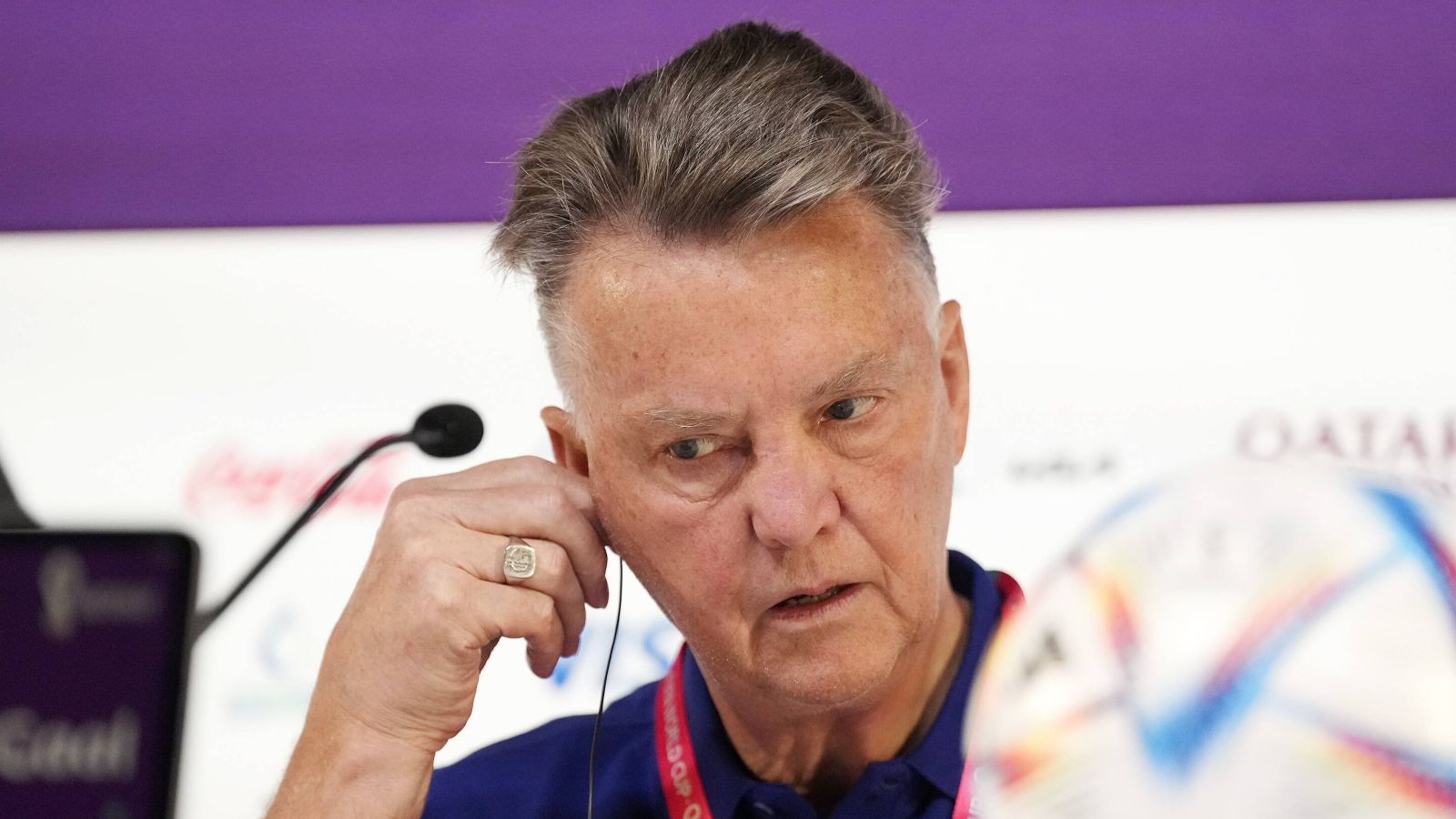 Louis van Gaal took issue with criticism directed at his Netherlands side after they beat Qatar to finish top of their World Cup group.

Their 2-0 victory over Qatar saw them finish on seven points in Group A. They previously beat Senegal by the same scoreline and drew 1-1 against Ecuador.

The Netherlands had very few worrying moments in their opening three games but Van Gaal was grilled by the media when speaking post-match on Monday.

“I’m not going to expand on it because I think you have a different opinion of football,” he said to one journalist.

“Why don’t you write you think it is terribly boring and you are going home tomorrow because you couldn’t care less?”

When it was put to him fans were “grinding their teeth” on social media about the displays Van Gaal responded: “That’s disappointing but I don’t agree with you.

“That’s your opinion but I don’t think your opinion is the correct opinion. I think everyone would be rather proud we are progressing to the next round.

“I think things are not as bad as you say they are.”

Netherlands’ shining light in the group stage has been Cody Gakpo, the PSV Eindhoven forward who enhanced his growing reputation by becoming his country’s first player to score in each of his first three World Cup matches.

The 23-year-old, who was heavily linked with Leeds and Southampton in the summer but is now being tracked by Europe’s top clubs, scored the opener before Frenkie De Jong made the points safe just after half-time.

“Cody Gakpo is rather a young player, he’s only been playing for PSV for two or three years and always played on the left-hand side,” said Van Gaal.

“He didn’t want to play centre or number 10 but he did have to play those positions for me and now he thinks I’m a good head coach!

“Things can change of course but Cody Gakpo has everything it takes to become a star and he has a wonderful personality because he is open-minded about everything and anything.”

Qatar are the first hosts to lose all three matches and the only other nation not to make it out of the group stage at a tournament in their own country were South Africa, who exited with four points.

Head coach Felix Sanchez said they did not set any targets for themselves but accepted the chances of progress were slim.

“Talking about statistics here, we are a country with 6,000 football licences so this was a likely situation,” he said.

“We never thought of setting a goal of reaching the last 16, our goal was to get here and compete and see what we could do.

“We are realistic about what we can do, where we are heading and what is expected of us.

“We have to make our own assessment because that is what really matters to us.”