Home Home Page Front Page Lovely surprises: One player from each club who has blossomed 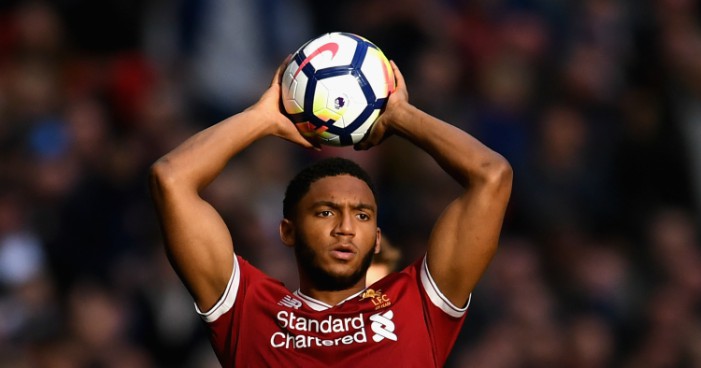 Arsenal – Ainsley Maitland-Niles (20)
“I think at the start of the season, the fact that I used him in defensive positions maybe made him realise that there’s no opening where he dreams to play but there could be an opening where he doesn’t dream to play,” said Arsene Wenger. So an unlikely Europa League wing-back has become an unlikely Premier League full-back, now picked in favour of Sead Kolasinac. Meanwhile, he is an England Under-21 central midfielder; it has really gone quite well indeed.

Bournemouth – Jack Simpson (20)
“It is incredibly difficult to get a player through at this level,” admits Bournemouth manager Eddie Howe so he was particularly proud to see centre-back Simpson make his debut and score the opener for the Cherries against Middlesbrough in the Carabao Cup. “Since that day we have seen him grow,” says Howe, who watched him excel again against Chelsea on Wednesday night. Time for a Premier League bow?

Guess which one outshone the other two.. #afcb

Brighton – Glenn Murray (34)
Five goals in 11 starts. Who could have possibly predicted that from a player whose last Premier League campaign brought just three goals and ended in a loan spell to Championship Brighton? A last unexpected hurrah is the very best kind.

Burnley – James Tarkowski (25)
This time last year former Brentford centre-half James Tarkowski was on the bench (always on the bench) wondering if either Ben Mee or Michael Keane would ever pick up a knock. Now? Well now Tarkowski has played every minute of Premier League football for the team currently in bloody sixth and is surely on the verge of an England call-up. Surprise!

The 25-year-old Englishman tops the Premier League charts for blocks, is second only to Brighton's Shane Duffy for clearances and is in the top 10 for headers won, reflecting his – and Burnley’s – no-nonsense approach to defending. pic.twitter.com/Q69lxnwd8E

Chelsea – Andreas Christensen (21)
After spending the early part of the season being rotated more than a 2016 fidget spinner, the Dane has started Chelsea’s last eight Premier League games as Antonio Conte belatedly realised he had an absolute gem of a centre-half on his books. “He’s been the best surprise for me, for the club, for his team-mates, for the fans,” said the Italian. He is the inspiration for this list.

Crystal Palace – Bakary Sako (29)
“He’s improved in terms of understanding what we require from him as a centre forward – or as a top forward. He’s one of the players who has improved the most over the last couple of months,” said Roy Hodgson, who looked in all four corners of the Palace training ground, found a long-forgotten winger and turned him into an effective striker. Four goals in 347 minutes is quite the return.

Everton – Dominic Calvert-Lewin (20)
In the summer we suggested a loan spell might be a sensible move for both club and player, but it seems that Everton’s utter lack of strikers had completely slipped our minds. Calvert-Lewin has been a rare beacon in a trudge of a season, with his four assists at least double the number achieved by any member of the Toffees’ cacophony of No. 10s.  Fingers crossed Sam Allardyce does not sign Andy Carroll, Kevin Nolan or Kevin Davies in January.

I see Gareth Southgate was at the match. If he was watching the same match I was and has any sense, Jonathan Hogg has to be in line for a call up soon. Won every tackle he went in to and even completed a forward pass. The best game he’s had for Town?

…but we were among those who thought Hogg would be exposed seven years after he last played Premier League football. Captaining Town to a 4-1 win at his old club Watford was beautiful…until he was sent off.

Leicester City – Demarai Gray (21)
“I wanted him before when I was at Southampton but I am happy he is in the colours of Leicester and that I found him in my squad because he is a valuable player for the team,” says Claude Puel, who presumably wondered why an England Under-21 regular and reported Liverpool target was seen as an afterthought by Craig Shakespeare. Seven of his eight PL starts and all his three PL goals this season have come since the Frenchman’s appointment on October 25.

Liverpool – Joe Gomez (20)
Having never got further than the Premier League bench last season following his recovery from serious injury, it was surprising that Jurgen Klopp cited Gomez as one of his four centre-half options along with Joel Matip, Ragnar Klavan and Dejan Lovren when he pretended that he did not need to spend money on defenders in August.  It was even more surprising that he then became Liverpool’s first-choice right-back. And then, when we thought there were no more surprises, he made his England debut as a centre-half. The last time we did the maths he was on the plane to Russia.

Manchester City – Raheem Sterling (23)
The Premier League’s second top scorer. The highest-scoring player aged 23 or under across Europe’s top leagues. Don’t even pretend you predicted that. Not even being vilely abused and kicked can keep him down.

Manchester United – Scott McTominay (21)
“I didn’t realise that he was young Scott. For me he is not young Scott anymore – he is just Scott, a player from the first team squad,” said Jose Mourinho after the Scot made his first Premier League start of the season against Bournemouth. Fun fact: Manchester United had won all seven of the games he had played this season. Until Wednesday night.

Really impressed by Scott McTominay. Makes the game look simple. A fantastic passer and very solid when he needs to be. Some lovely passes to break the lines of Bournemouth's midfield. Good player.

Newcastle United – Jamaal Lascelles (24)
Newcastle have conceded 11 Premier League goals in 1128 minutes with Lascelles on the pitch this season.

Newcastle have conceded 16 Premier League goals in 492 minutes without Lascelles on the pitch this season.

He was decent in the Championship but this is something else.

Southampton – Pierre-Emile Hojbjerg (22)
“You need to keep fit, because one day the club will need you… If you’re not ready it’s your own mistake.” Just when it looked like Dane Pierre-Emile Hojbjerg would need to leave Southampton for pastures new, Mauricio Pellegrino called on his services for a phenomenal performance against Everton. A stellar showing at home to Arsenal followed, and Hojbjerg has now started four of the Saints’ last six games. That he missed the 4-1 tonking at home to Leicester is telling.

Stoke City – Mame Diouf (30)
“I appreciate the reception I get from fans. They love me, I love them back.” In a season when good news and lovely surprises are thin on the ground in Stoke, the full-blooded performances of Diouf at wing-back, winger or striker have been a revelation. Xherdan Shaqiri might provide the magic but it is Diouf that brings the heart.

Tottenham Hostpur – Harry Winks (21)
Two Champions League starts against Real Madrid. At 21. And an England cap so promising that he already looks like a shoo-in for the World Cup squad. “For me, he is the perfect midfielder,” says Mauricio Pochettino. Swoon.

Watford – Abdoulaye Doucure (24)
A simply wonderful footballer who got lost among the dross last season. He has not missed a minute in the Premier League this season and has scored six wonderful goals. “Of course, Doucoure is improving and doing fantastically,” says manager Marco Silva, though he then gave more credit than any of us finds comfortable to Tom Cleverley.

There is only one person at #watfordfc with the ability, attitude and consistency to be at a champions league club. Despite what he might believe, it isn’t Marco Silva. It is Abdoulaye Doucoure. What a fab player he really is.

West Brom – Sam Field (19)
A teenager! At West Brom! Field actually started the opening two games of the season (the Baggies’ only two wins, remember) but was then cast aside when Tony Pulis no longer had to make a point about having a thin squad. He has since been recalled by Gary Megson and then retained by Alan Pardew, and has made it as far as an England Under-21 bench. It is verily a breakthrough.